The station signed on with a clarinet interval tune, followed by station ID: "Hello, Hello...Königs Wusterhausen...Hier ist Welle370..." This was repeated numerous times throughout the transmission, followed by archive recordings. The programme highlighted the "Bergfunk 2014 - Die Kulturtage in Königs Wusterhausen" and Bandcontest winner performing a German Punk Rock song, a 1920 recording of "Stille Nacht, Heiligen Nacht" and other old recordings.

Reception on 3.985 kHz from a remote receiver in the Netherlands was (SINPO) 44454 / +10 dB -- fair to good signal with clear audio despite QRM from a weaker Asian station on the same frequency.

A sample of this "Exklusives Programm" at sign-on may be heard HERE.

Reception report was emailed the following day to Welle370. A letter was posted later in the week. QSL card and brochure on the history of the station arrived on 26 January 2015. 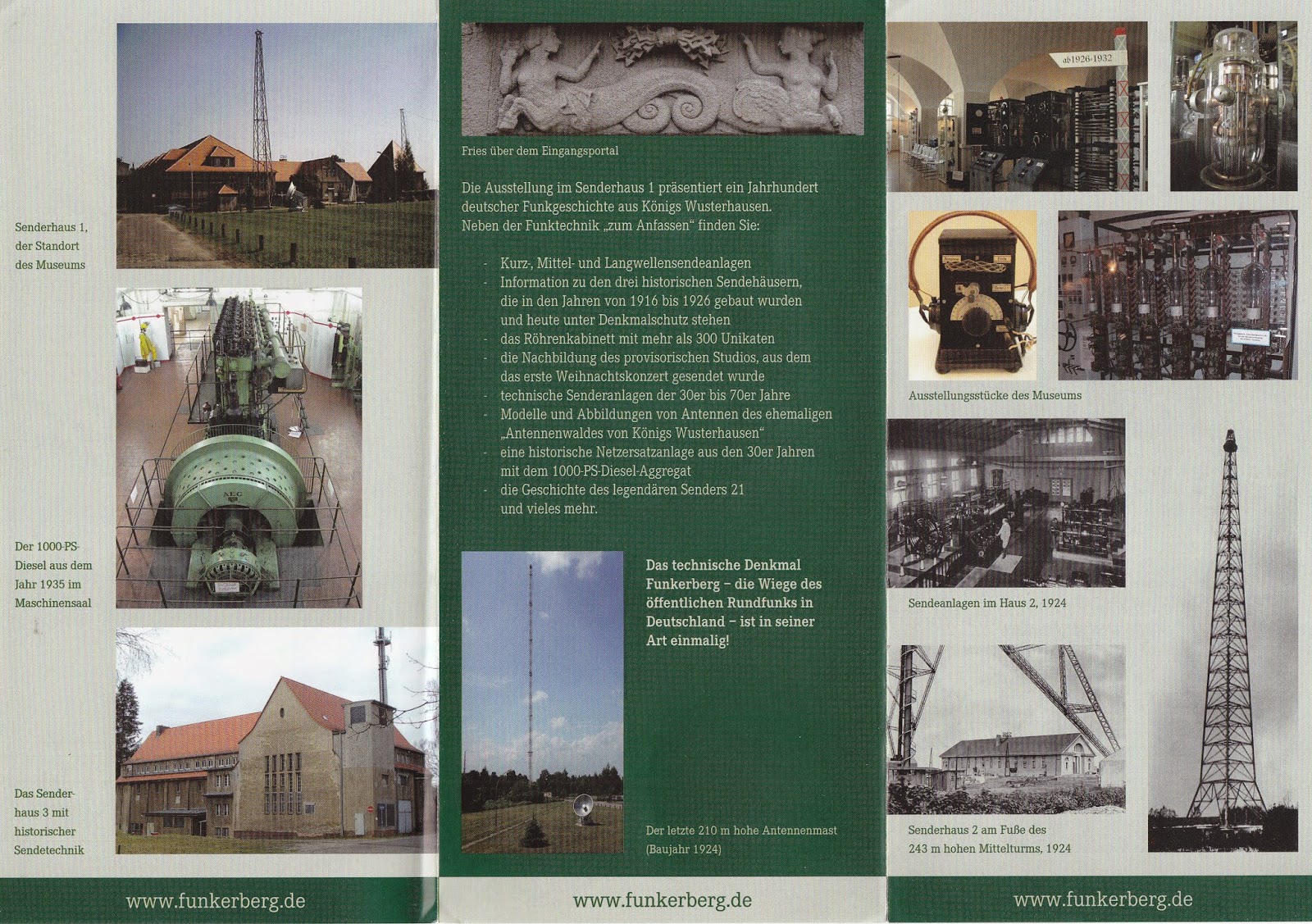