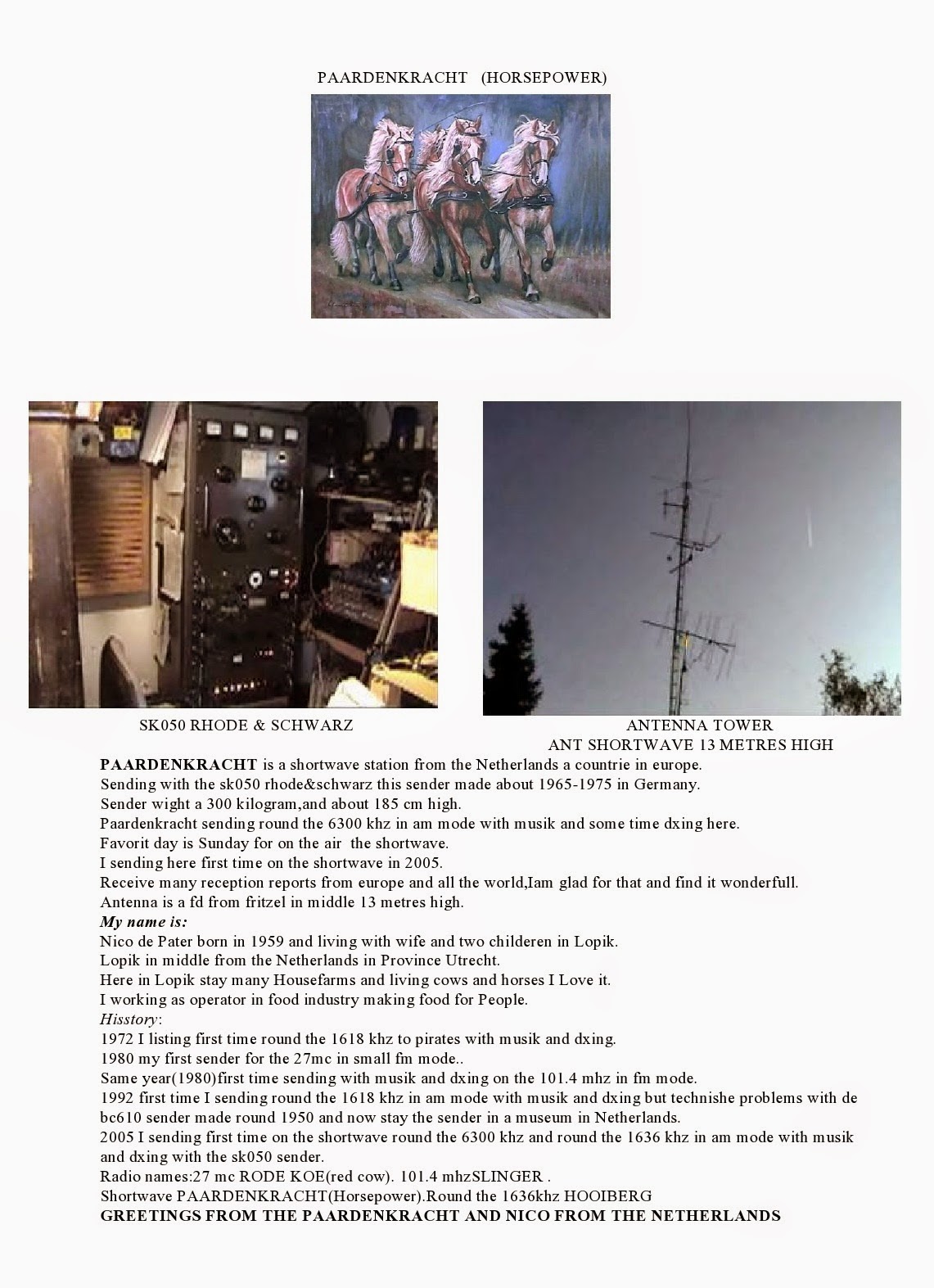 Radio Paardenkracht (Horsepower)* in the Netherlands was logged on 19 August 2014. Pop music from the Sixties, including The Momas & Papas - "I saw her again"; "Groovy Kind of Love", "Simple Simon Says", Scott MacKenzie - "If You're Going to San Francisco", The Moody Blues - "Ride My See-Saw", Bobbi Gentry - "Son of a Preacher Man", "Green Tambourine and Cream - "Sunshine of Your Love" with male DJ speaking over song with ID, was observed from 22.35 to 23.30 UTC. Reception on 6.305 kHz was (SINPO) 34343 -- fair signal strength with some fading and atmospheric noise, but clear and audible otherwise; reception worsened after 23.15 UTC to 24322, still audible but with less clarity.

Reception report was emailed the following day. An eQSL and several photos were received from Nico at Radio Paardenkracht on 21 August 2014.

*Logged using remote SRD receiver at University of Twente, the Netherlands.
Posted by T.L. Breyel at 11:18 AM