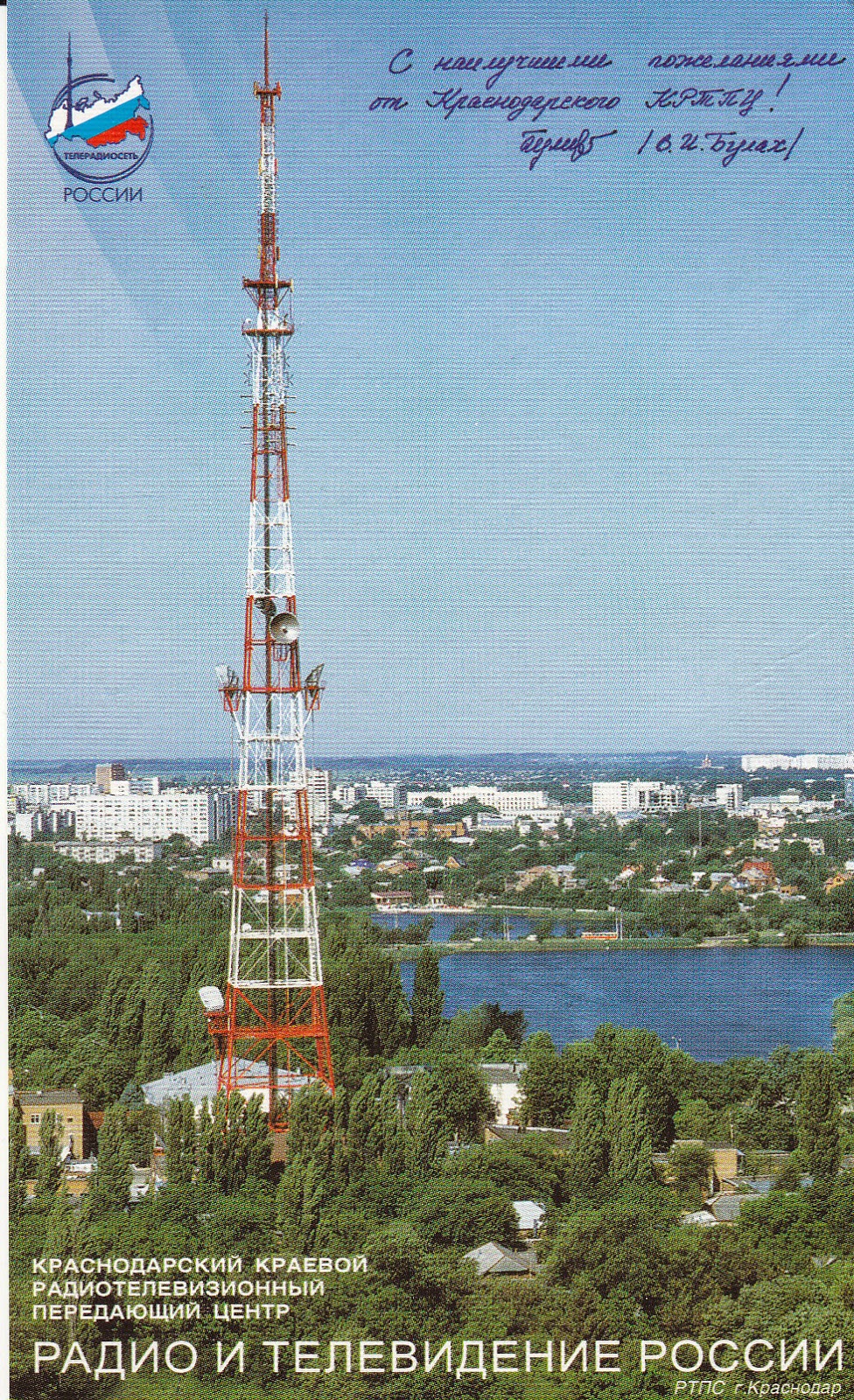 Radio Adygea, transmitting from Krasnodar, Russia, was logged on 13 April 2012. A male announcer speaking in Adygeyan, along with a cultural song was heard just before sign-off from 17.20 to 18.00 UTC (broadcast time 17.00 to 18.00 UTC). Reception on 7.325 kHz was (SINPO) 25332 -- strong carrier signal, but weak audio coupled with transmitter hum and occasional atmospheric noise. Despite these conditions, speech was audible.

Initially a reception report was emailed in April 2012 and followed with subsequent emails. These elicited no response. On 17 April 2014, a fellow DXer advised to resubmit and the veri-signer for Radio Adygea replied on 19 August 2014, confirming this earlier reception report. Hopefully a paper QSL will arrive in the mail soon. QSL Card and dual-sided poster arrived by registered mail on 9 September 2014. 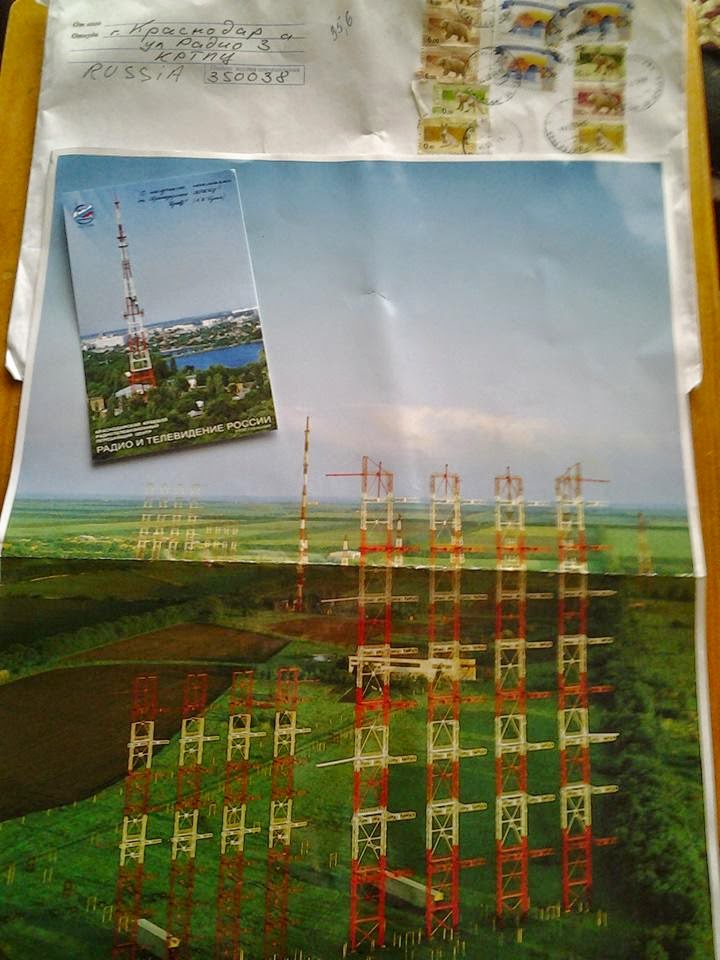 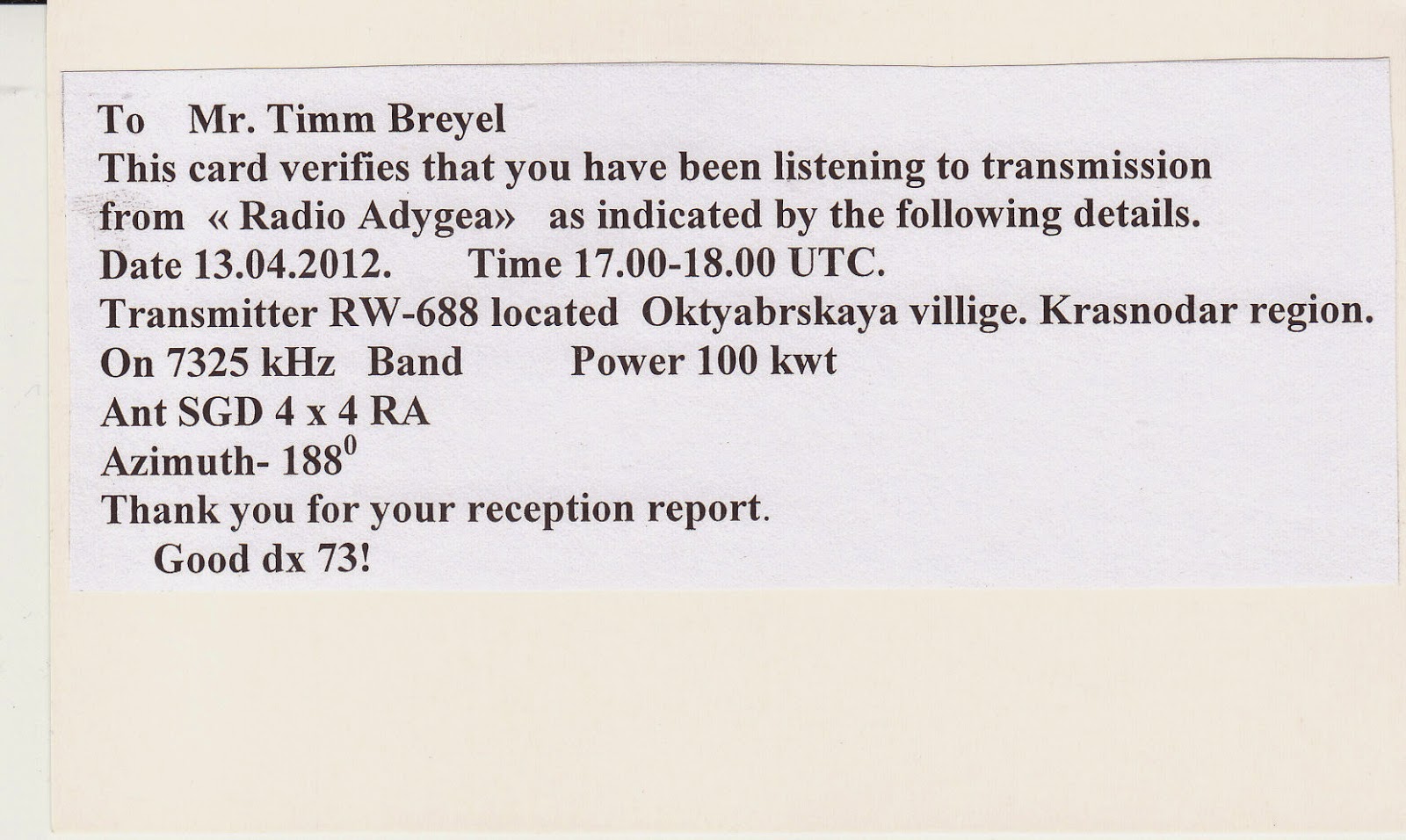