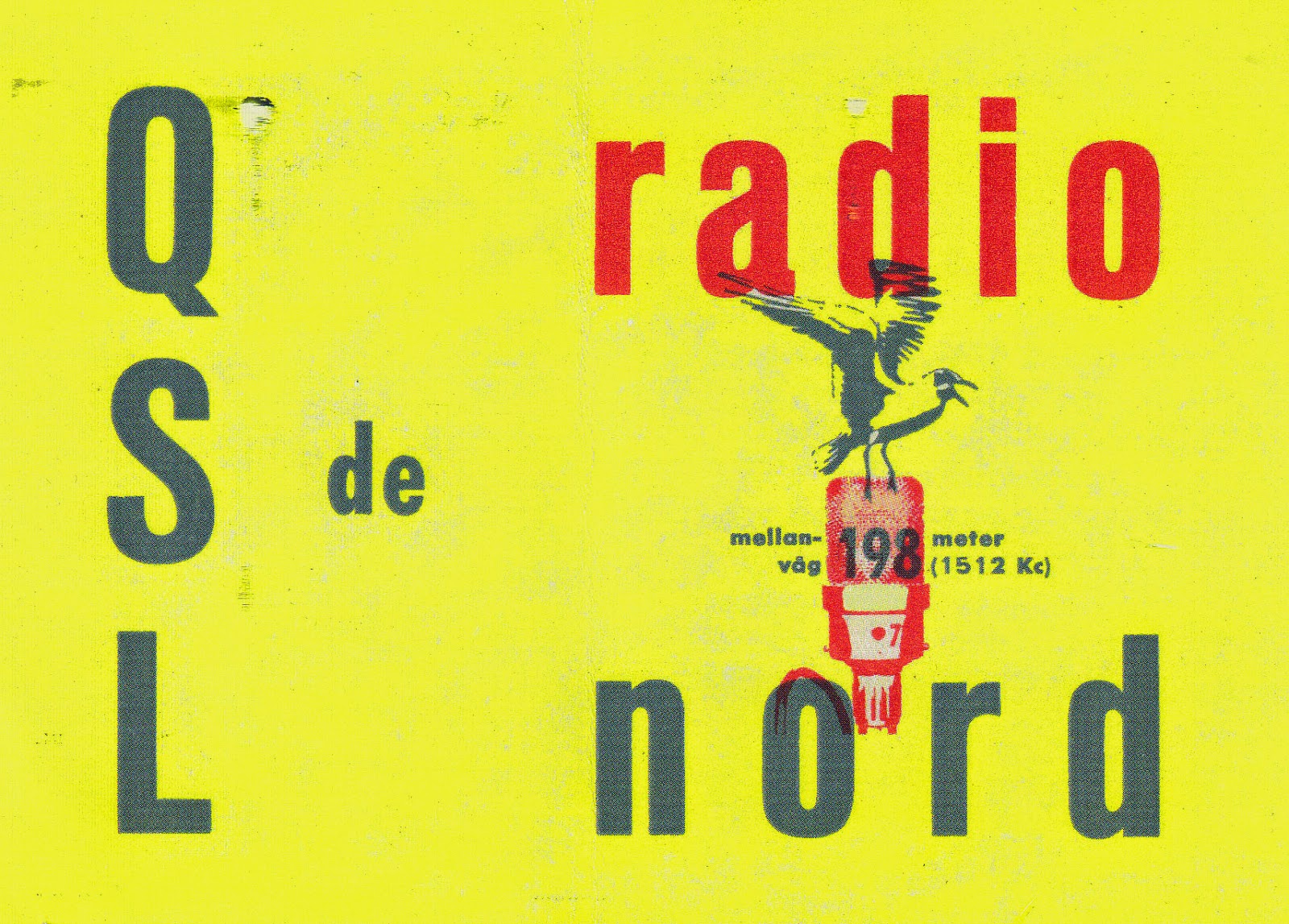 Radio Nord Revival, transmitting from presumably from Ringvalla, Sala, Sweden, was logged again on 23 August 2014. Reception on this occasion was received directly in Malaysia, using a Tecsun S-2000 linked to a 1/4 wave aerial. Oldies music, including a 1950s guitar solo, Four Preps - "Down By The Station" and The Crests - "Sixteen Candles", along with station IDs and discussion about Radio Nord in Swedish/English, was observed from 22.10 to 22.50 UTC.

Reception on 9.295 kHz in USB mode at 22.10 UTC was (SINPO) 24311 -- poor to weak signal strength, static bursts and long fades between audible, sometimes indecipherable speech. At 22.50 UTC signal was inaudible due to utility QRM and gradual loss of grey-line path between Europe and South East Asia. Nevertheless, a decent enough signal radiated from eastern Sweden, using a 10 kW transmitter with a 12-metre elevated antenna. 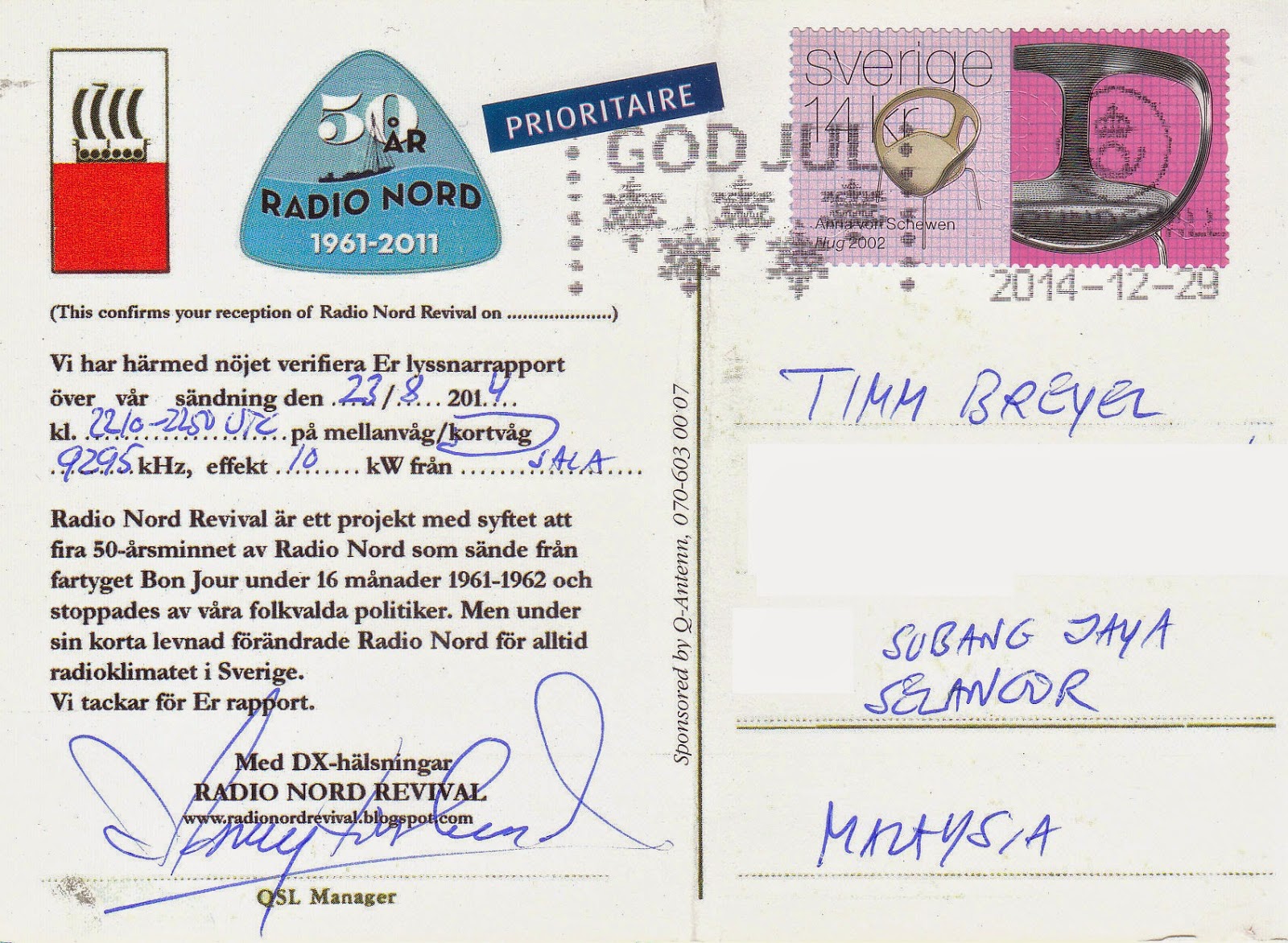 HERE is a recording of this transmission as heard in Kuala Lumpur. Reception was poor and barely audible, but their signal was definitely present, just long enough to identify songs and speech. Transmission may have been received possibly earlier in Asia, well before 22.10 UTC (when I caught their broadcast). Transmission commenced at 19.00 UTC, according to their blogsite.

I was initially thrilled to catch them from a remote receiver in the Netherlands. Now I am over the moon, ECSTATIC to hear this low-powered station and their broadcast of nostalgic music and talk in Malaysia!!! Hopefully a QSL will be forthcoming.