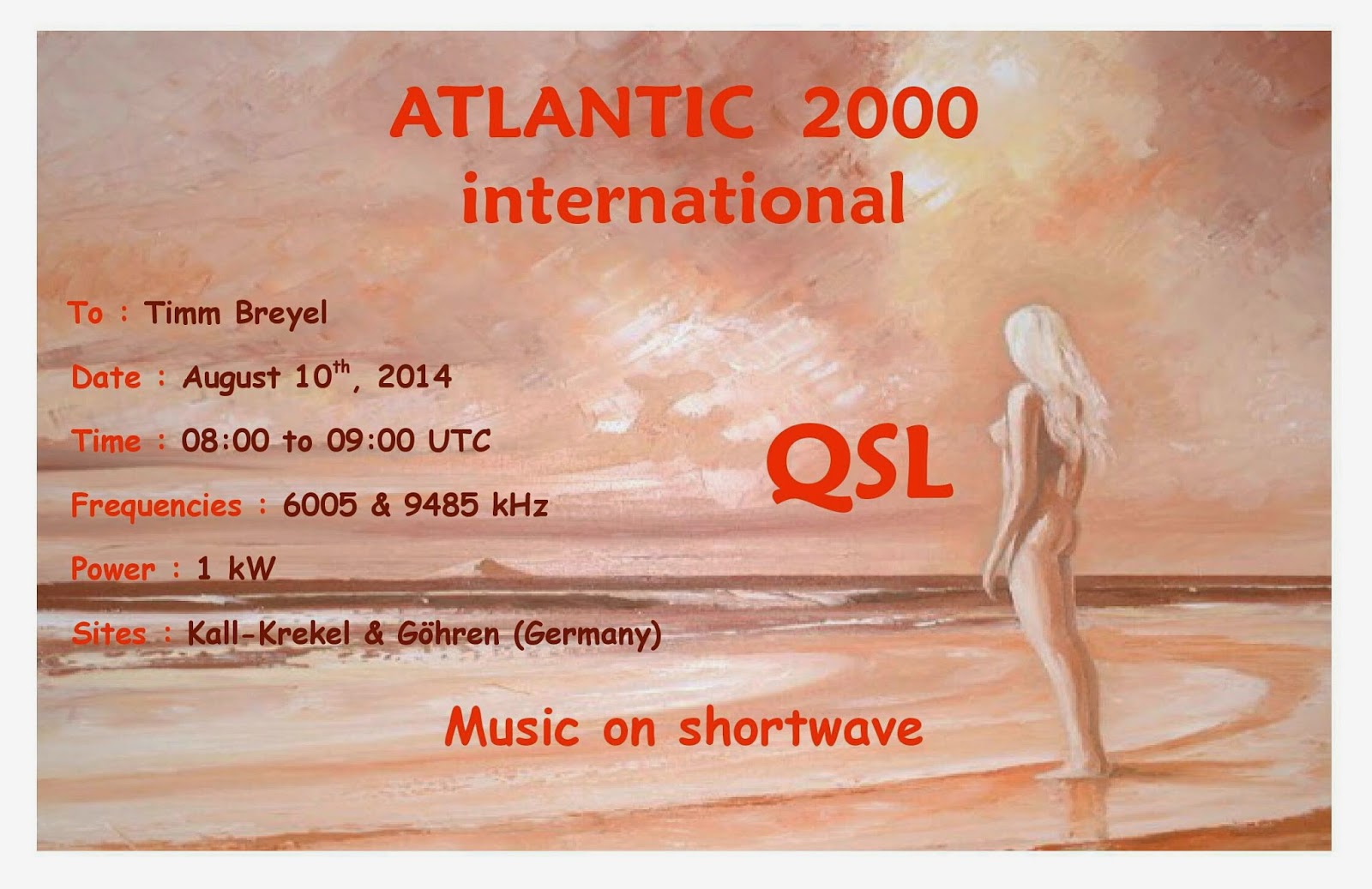 Atlantic 2000 International*, transmitting from Kall-Krekel and Gohren, Germany, was logged on 10 August 2014. A mix of French and English pop tunes with frequent IDs in French, English and German was noted from 08.00 to 09.00 UTC. Reception on 9.485 kHz (in Gohren) kHz was (SINPO) 23332 -- weak signal, severe atmospheric noise, but audible; reception on 6.005 kHz (in Kall-Krekel) was (SINPO) 55545 - Excellent audio strength and clarity, with occasional fading. Both frequencies were logged from a remote receiver in the Netherlands.

Reception report was emailed to Atlantic 2000 International shortly after transmission ended. This eQSL arrived on 19 August 2014.

*Logged using remote SRD receiver at University Twente, the Netherlands.
Posted by T.L. Breyel at 1:34 AM