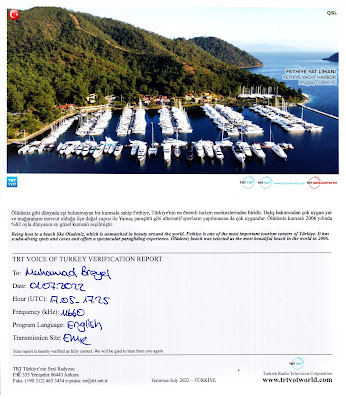 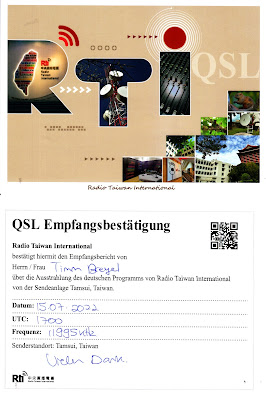 Radio Taiwan International's special German language broadcast from their Tamsui transmitter site was received on 15 July 2022, from 17.00 to 18.00 UTC. I listened to RTI German language announcers talk about Taiwan as it related to listeners' reception reports and queries. This was followed with an interview of a German visitor to Taiwan. The broadcast closed with Taiwanese pop music "Hit Parade". All of this was observed between frequent RTI IDs and announcements about special German broadcasts from Tamsui. Reception on 11.995 kHz rated a SINPO of 35343 -- fair to good signal strength and discernible audio content despite moderate atmospheric noise and slight fading.

Reception report was emailed on the following day. A QSL card arrived in the mail on 3 August 2022.
RX: Alinco DX-R8T EXT ANT 1/4 wave QTH: Central West Malaysia
Posted by T.L. Breyel at 7:06 AM No comments: 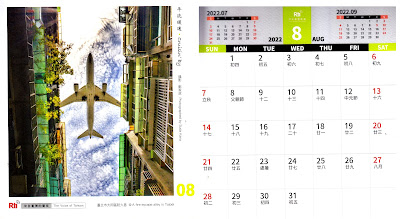 Radio Taiwan International calendar for August 2022
Posted by T.L. Breyel at 2:38 AM No comments: 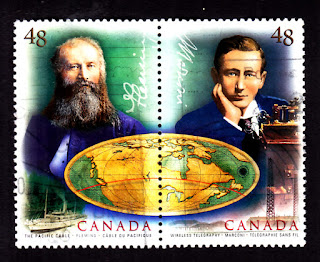 Source: Wikipedia and Canada Post
Posted by T.L. Breyel at 2:36 AM No comments: 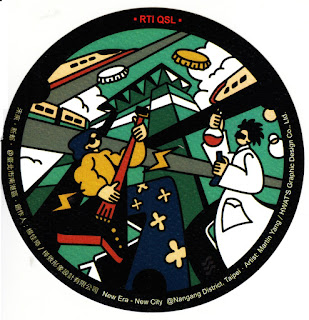 Radio Taiwan International, transmitting from Paochung (Taiwan), was  received on  12 July 2022. Their English language broadcast of Taiwan news, and regular programmes "Here in Taiwan'' and "Behind the Beat'' was heard from 16.00 to 16.57 UTC. Reception on 9.405  kHz rated a SINPO of 44354 -- strong and clear signal, despite moderate atmospheric noise.

Reception report was emailed on the following day. A QSL card was received on 27 July 2022. 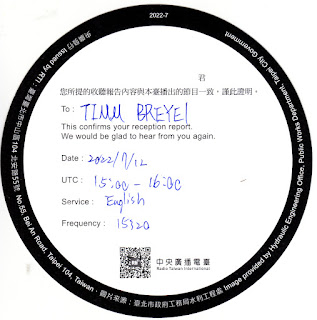 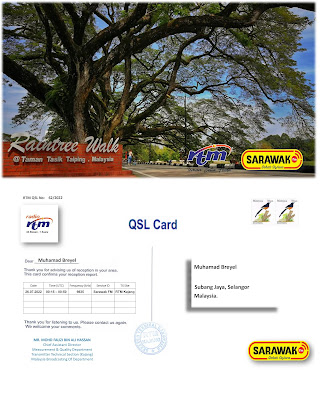 RTM Sarawak FM, transmitting from Kajang (approximately 40km northwest of my home), was logged 26 July 2022. Malay language programme of Malay pop songsters, together with a discussion by DJ Yuzz and DJ Lynn on education after SPM ("...pelajaran selepas SPM") was monitored from 00.15 till 00.50 UTC (08.10 till 08.50 AM local time). Reception on 9.835 kHz rated SINPO of 35343 -- fair signal strength with discernible audio content, despite atmospheric noise and slight fading. Reception quality worsened with a weaker signal and more noise after 00.45 UTC. HERE is RTM Sarawak FM.
Reception report was emailed to Unit Pengukuran dan Kualiti RTM Kajang at noon on the same day. An eQSL arrived a four hours later.