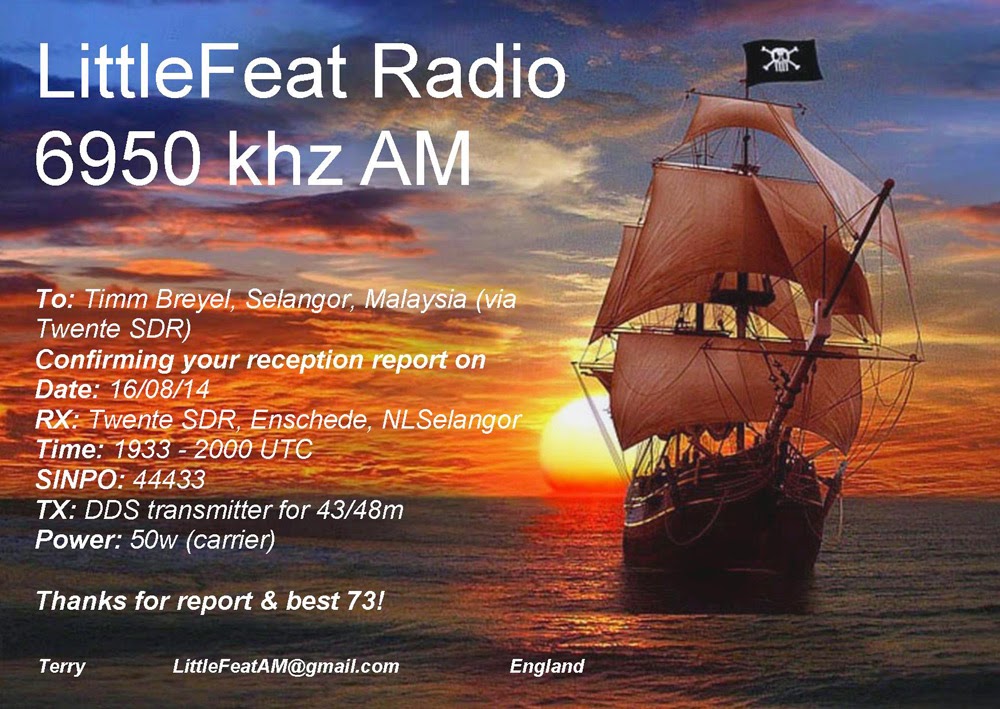 Little Feat Radio*, transmitting from the UK, was logged on 16 August 2014. DJ announcements and station IDs between music tracks by Danny & the Juniors - "Rock-n-Roll is Here to Stay", Del Shannon - "You Can Get Hurt", Robert Palmer - "Addicted to Love" and siimilar tracks was observed from 19.33 to 20.00 UTC. Reception on 6.950 kHz was (SINPO) 44434- fair to good signal with clear audio, despite slight interference and long fades

Reception report was emailed on the same day. An eQSL arrived on 23 August. 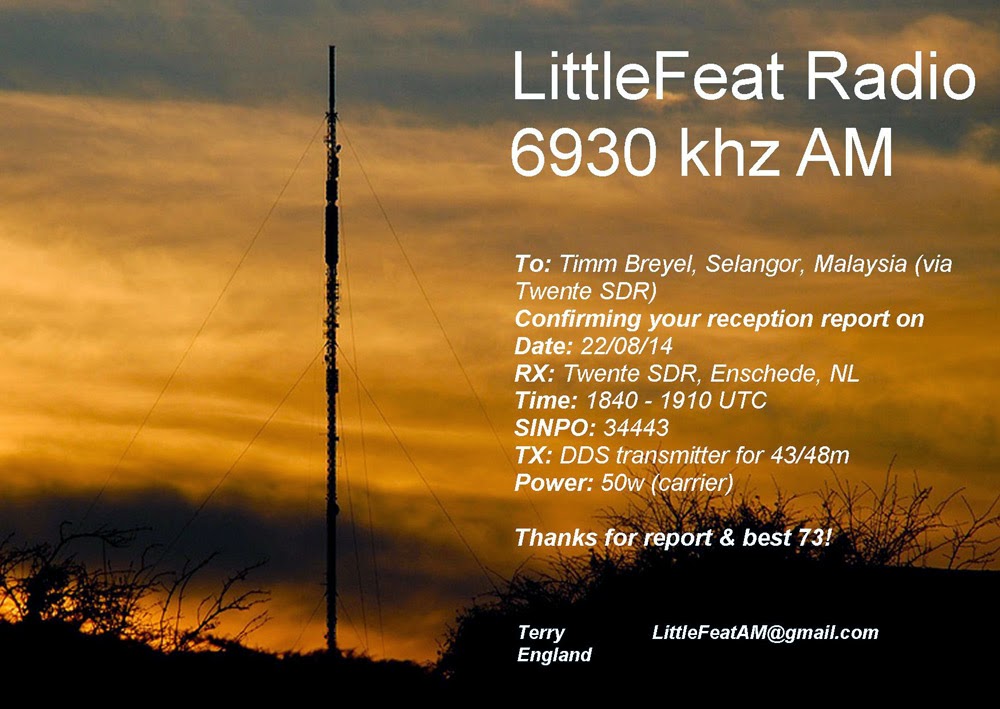 Little Feat Radio* was logged again on 22 August 2014. Frequent IDs and DJ chatter between a selection of funk tunes was monitored from 18.40 to 19.10 UTC. Reception on 6.930 kHz was (SINPO) 34443 -- fair signal, slight fading, occasional utility interference and noise.

Reception report was submitted on same day. Terry at LFR replied with eQSL on 23 August 2014.