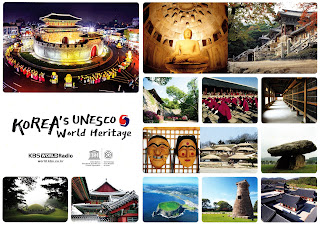 KBS World Radio transmitting from Kimjae was heard on 20 May 2016.  A English language broadcast featuring news, Korean current events magazine and music was heard from 16.00 till 17.00 UTC.  Reception on the short-wave frequency of 9.640 kHz was good with clear audio, minimal fading and no noticeable interference, earning a SINPO rating of  45444

A Bahasa Indonesia broadcast on 9.805 kHz, also on air from 16.00 till 17.00 UTC, was heard as well. Reception was initially good, but later into the broadcast there appeared to be so co-frequency QRM from a Chinese speaking broadcaster. 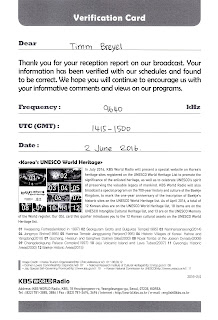