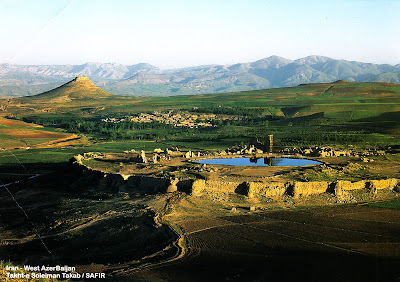 IRIB Turkmen Radio in a "test transmission" was heard on 7 May 2016.  A Turkmen language broadcast featuring a radio drama, followed by Iranian national anthem and inspirational poem/quote was heard from 17.50 to 18.11 UTC.  Reception on 6.105 kHz was (SINPO) 34332 - signal strength was fair, but unfortunately suffered due to fading and audio suppressed under carrier. Despite these conditions, audio was sufficient to identify programming.

Reception report was emailed to IRIB on the following day.  Arezou Radd replied on 9 May 2016, stating: "Warm greetings from IRIB English Radio. By all means I will send you a QSL card in confirmation of your reception report..." God willing, IRIB will. I'm still waiting for two previously promised verifications. QSL card arrived in mail on 24 June 2016. 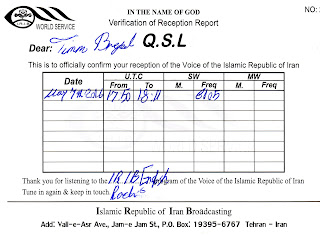