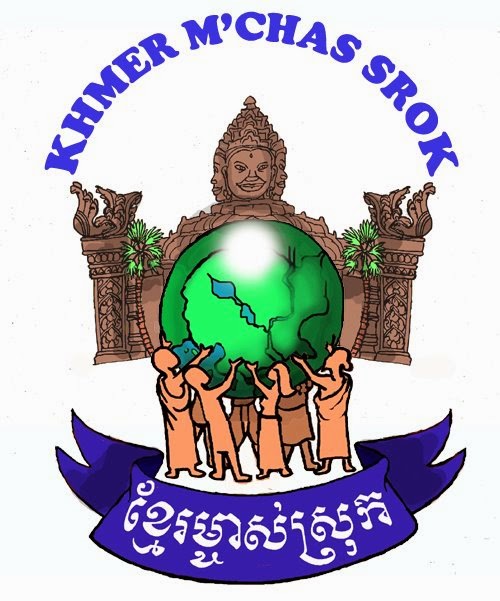 Voice of Khmer M'Chas Srok, a clandestine station possibly transmitting from Dushanbe, Tajikistan, was logged on 24 March 2014. The transmitter was switched on at around 11.26 UTC, followed by a station ID with Khmer  music filler between female and male announcers at 11.30 UTC. A Khmer language broadcast with intermittent Khmer music filler sandwiched between news and special reports, frequently mentioning "Kampuchea", "Vietnam" and "Cham", was noted from 11.30 to 12.00 UTC. The closing minutes of this 30 minute broadcast, which airs daily incidentally, included another station ID with frequency and website announcement. The broadcast closed with a traditional Khmer song performed by a female vocalist. Reception on 17.860 kHz was (SINPO) 45444 -- good signal strength and clarity throughout transmission, here in Southeast Asia, which presumably is their target.

HERE is how Voice of Khmer M'Chas Srok sounded in my quarter shortly after sign-on.

There is no contact address, either email or postal, indicated on their website. The only possible way to contact them is with a donation or to message their FaceBook page. So, it is doubtful Voice of Khmer M'Chas Srok will entertain DXers with a QSL. They appear to be strictly "clandestine" and intent on promoting the Khmer culture which they believe is endangered.