FEBA India is celebrating their 50th Anniversary this year. Although my first exposure to FEBA was in the early 1970s, with a transmission from Seychelles, I quite probably would have missed this event had it not been for news through the radio grapevine. More precisely, fellow DXers Jose Jacob in India and Rob Wagner of Mount Evelyn DX Report in Australia must be credited for alerting me of this news. Secondly, I most certainly would have missed FEBA India's test transmission had  their tip gone unnoticed. It was with this input I tuned in last night and caught FEBA India's broadcast, the second of two known test transmissions. 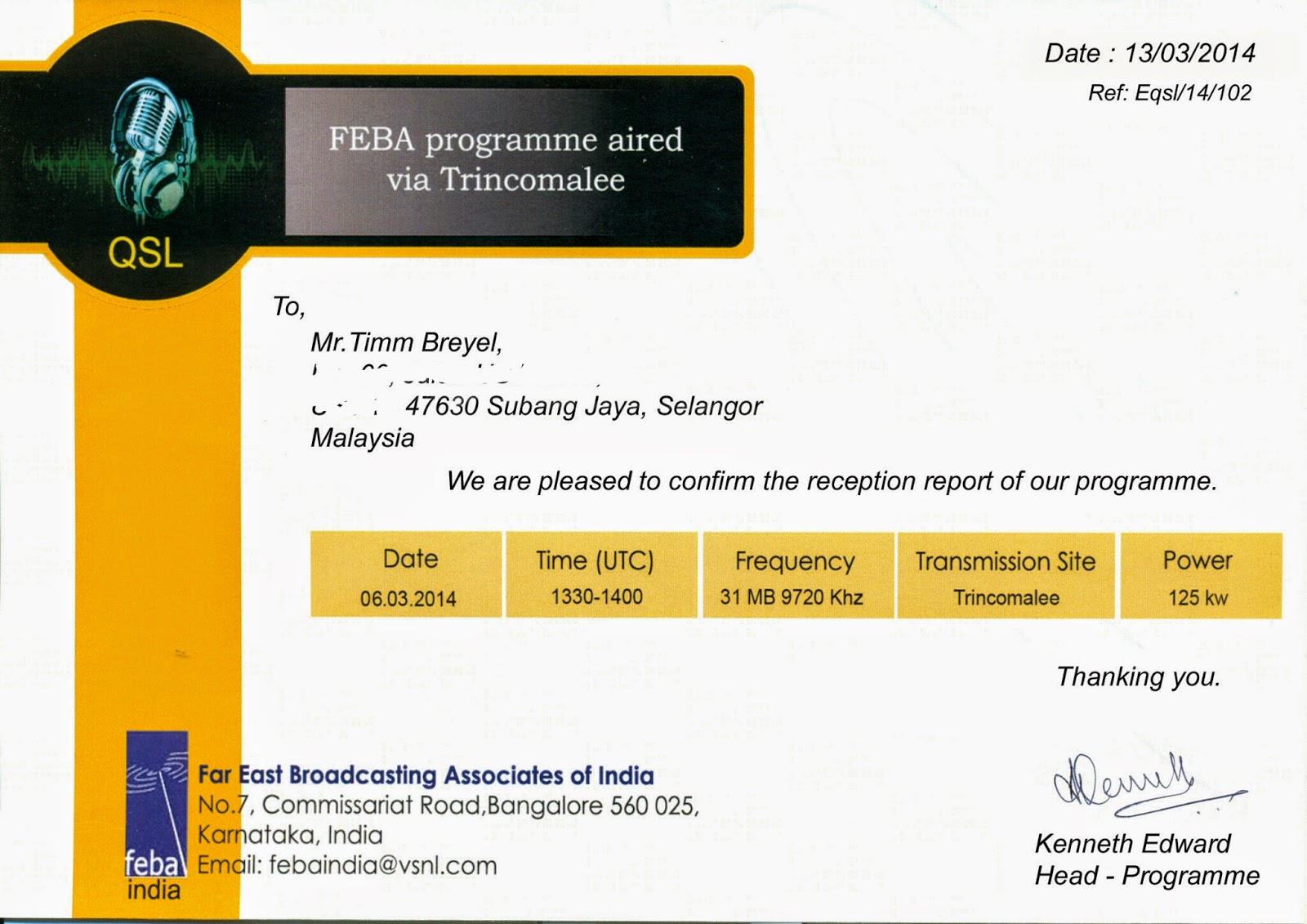 FEBA India in a test transmission, originating from Trincomalee, Sri Lanka, was logged in Malaysia on 6 March 2014.  The broadcast from 13.30 to 14.00 UTC opened with the long recognised FEBA interval tune, station ID and announcement of their test transmission. It was followed with a radio drama on the life of Christian acolyte Matthias and his meeting of Jesus. Thirty minutes later the broadcast closed with announcement of an email and phone number to submit "feedback" on their transmission. Reception of this test transmission on 9.720 kHz was relatively good with excellent signal strength, despite persistent QRM from weaker stations transmitting either on the same or adjacent frequency, thus yielding a  (SINPO) of 53554.

HERE is a sound file of how FEBA India sounded at sign-on in this test transmission.

I followed up with a reception report and emailed FEBA India shortly after the broadcast. Alison Bateman, Supporter Relations Assistant at FEBA (UK), replied with this email on 28 March 2014: "Thank you for your interest in the reception and for listening. I'm afraid since Feba no longer broadcast directly we do not have QSL cards to pass on to you and I cannot help with your request. Every blessing." This means FEBA India is my last hope for QSLing the station. FEBA India did indeed confirm on 3 April 2014 with this eQSL.