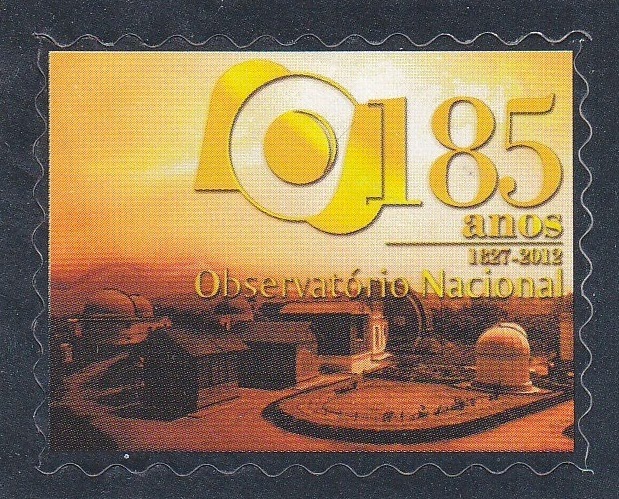 PPE Observatório Nacional is the Brazilian research institute established under the Ministry of Science, Technology and Innovation (MCTI). It conducts research, development and innovation in three major areas of knowledge: Astronomy, Geophysics and Meteorology for Time and Frequency.

The task of the Time Service Division (DSHO) of Observatório Nacional (ON) is to generate, to keep and to disseminate the Brazilian Legal Time (HLB) according to the Brazilian Laws and also to do Research & Development in Time and Frequency meteorology area.

Shortwave transmissions from PPE Observatório Nacional commenced operation in November 2008. Since then it has operated on 10 MHz, round-the-clock, from Rio de Janeiro/São Cristóvão.

The station is rarely if ever heard in Southeast Asia, owing to interference from time signal  stations WWVH (Kekaha, Hawaii) and BPM (Lintong, China). According to a DXer in Australia, March and April is the prime period when PPE Observatório Nacional is best received in this quarter of the world. Additionally, voice ID and/or spectral signal analysis would be the optimum way to confirm their reception. 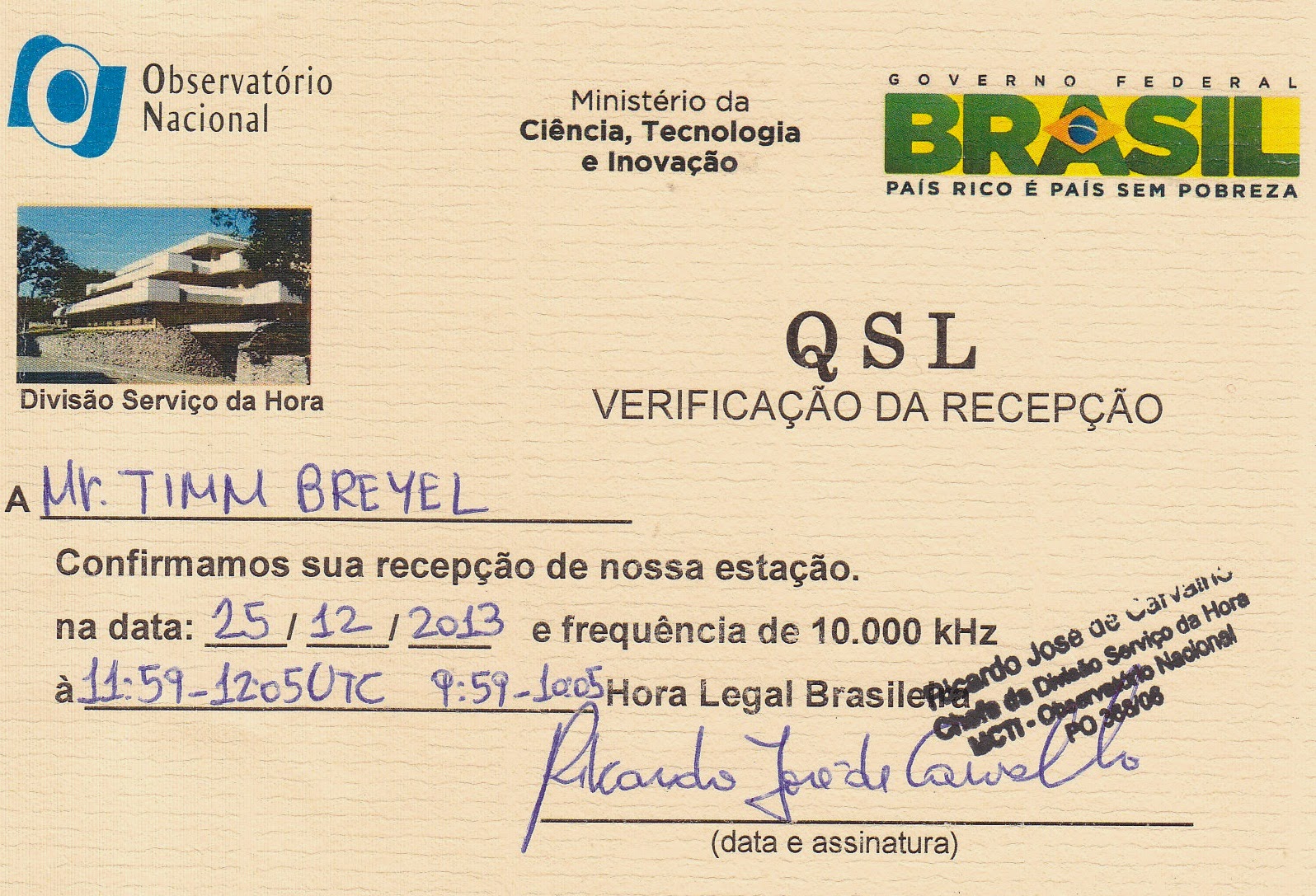 On that note, however, I did observe a faint signal on 25 December 2013 while on holiday in the central highlands of (Bukit Fraser) Malaysia. At an elevation of over 4,500 feet, free from man-made QRN, I noticed time pips distinctively different from WWVH and BPM, both of which were heard as well. However, no voice ID/time announcement in Portuguese was detected.

Based on this information, a reception report was submitted by email and post, in Portuguese, to Observatório Nacional, near the end of December 2013. An email reply from Observatório Nacional promptly confirmed my report. On 18 March 2014, I received in the mail not only a QSL card, but a Letter of Verification, booklet on Observatório Nacional, leaflet on the equipment used and commemorative postage stamps depicting the  institute. Similarly the envelope came with several colourful stamps. 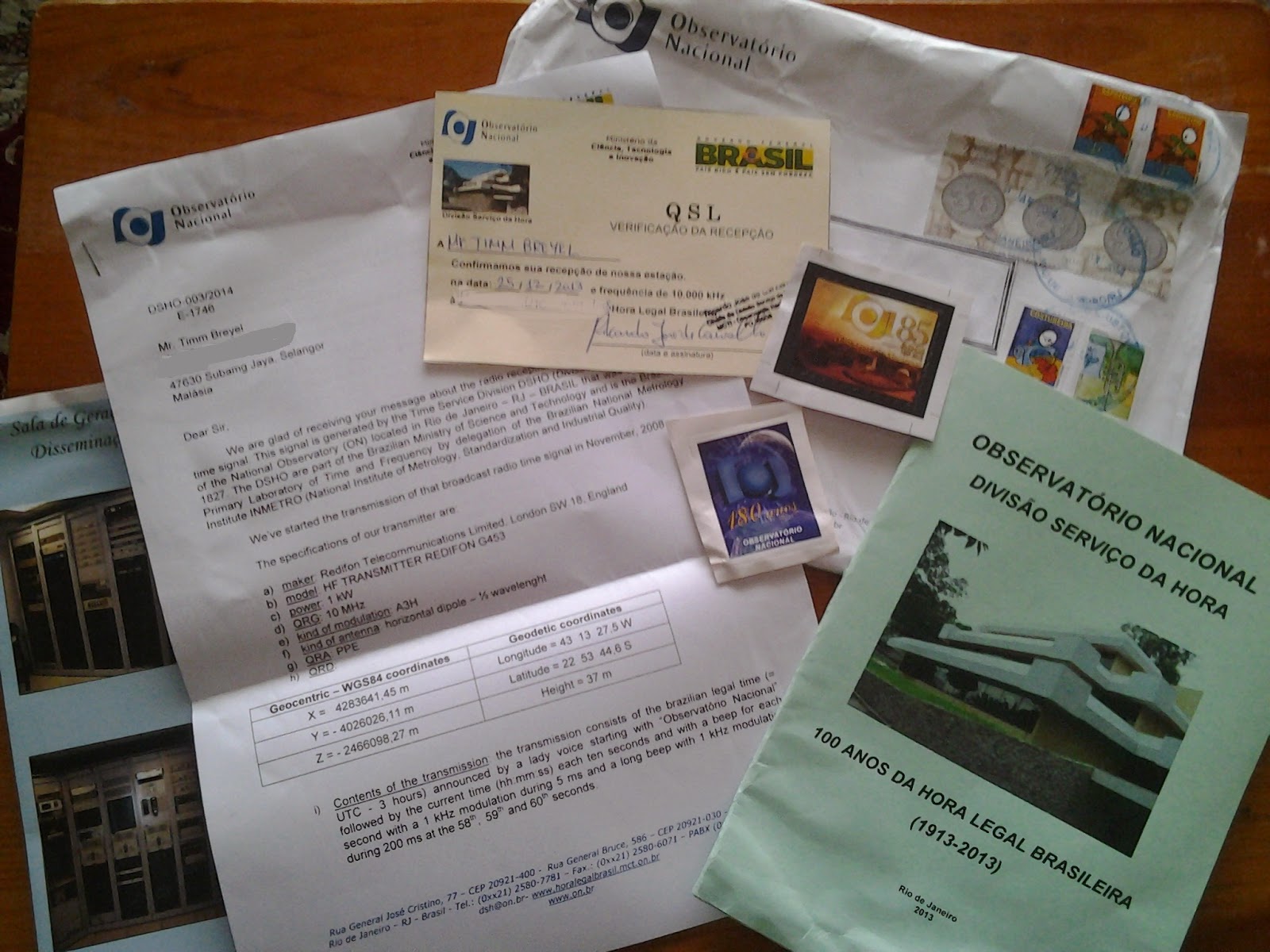 While PPE Observatório Nacional has confirmed my reception report, I am reluctant to fully accept it until I have logged the station again.