Voice of America (via Udon Thani) 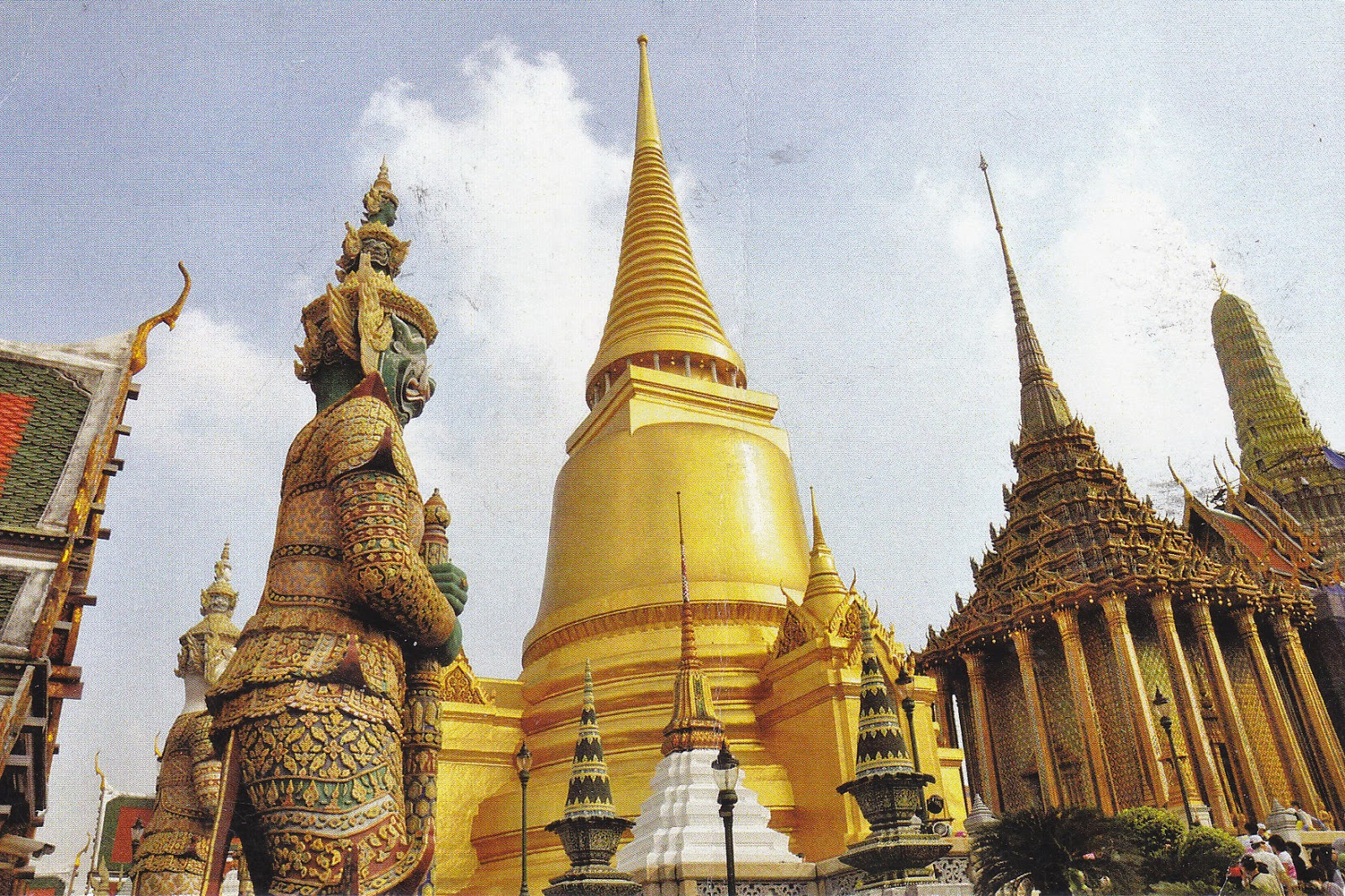 Voice of America "Special English" broadcast, originating from IBB relay site in Udon Thani, Thailand, was logged on 16 March 2014. "In The News - Learning English" featured reports on food production and financial management in Africa and bit coins, followed by "Words and Their Story" exploring the meanings of bologna and boloney, and lastly "People In America" focused on African-American lawyer, singer, actor, writer and activist Paul Robeson. These programmes were monitored between 15.30 and 16.00 UTC, complete broadcast time being 15.00 to 16.00 UTC.   Reception  on 6.135 kHz was (SINPO) 34543 -- fair signal strength with slight fluttering fade and QRM (jamming possibly from DPRK under signal). Despite the conditions, audio quality was clear and discernible. 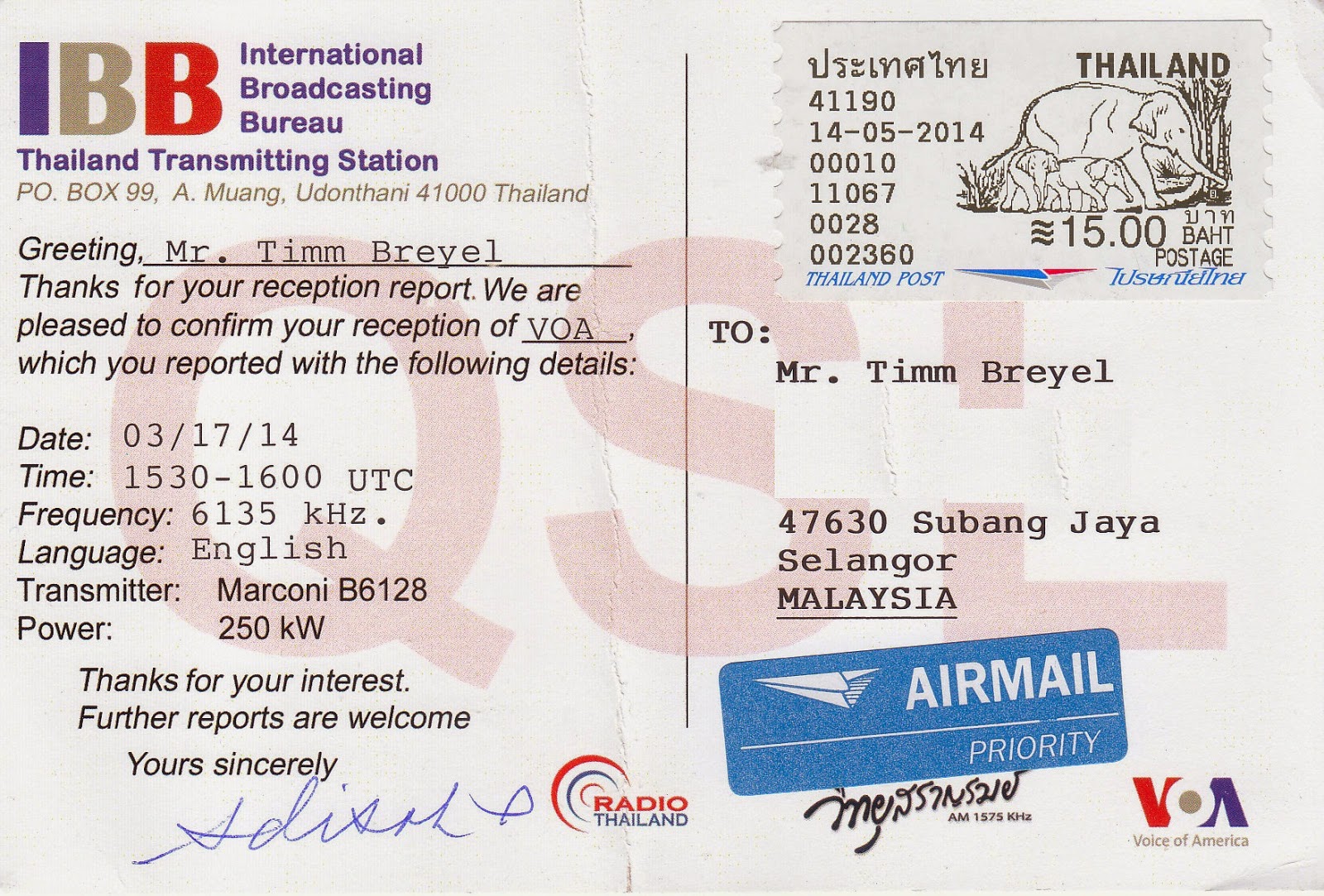 A reception report was emailed to VOA and IBB Udon Thani the following day. I have logged and QSLed this transmitter site numerous times, both on medium-wave and short-wave, owing to its relative closeness to Malaysia. My primary interest in QSLing this relay site again is their current verification card, depicting pink lotus flowers. Instead I received another QSL from IBB -- The Grand Royal Palace in Bangkok -- on 23 May 2014.