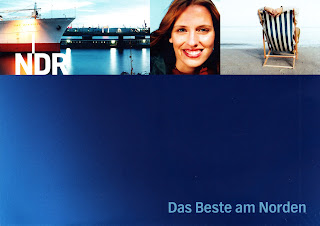 Norddeutscher Rundfunk*, presumably using the transmitter relay sites of Media Broadcast GmbH in Nauen and Moosbrunn, was logged on 24 December 2015.  I had the good fortune to hear their annual  "Gruß an Bord" broadcast on the short-wave frquencies of  9.515 and 9.765 kHz, using the remote (Twente) SDR receiver in The Netherlands. Direct reception to Malaysia was hampered by poor propagation and direction of antenna.

Reception on 9.765 kHz was (SINPO) 25332 -- weak signal and slight fading with atmospheric noise being the most troublesome aspect; reception on 9.515 kHz was (SINPO) 35443 -- a slightly stronger and clearer signal despite noisy propagation. Had propagation been better (as it was a few days previously) I suspect this transmission would have been received directly in Malaysia. A vague signal on 9.515 kHz was in fact detected under the noise, but insufficient to identify. 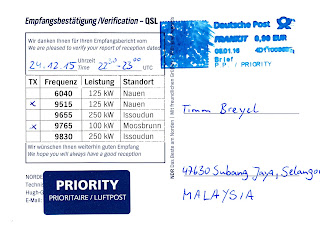 This  Christmas Eve broadcast of greetings from seaman and families was monitored from 22.30 till 23.00 UTC (23.30 till 00.00 CET). During the half hour of messages I also observed three Christmas songs either mixed under the voices of NDR moderators or played as stand alone songs. 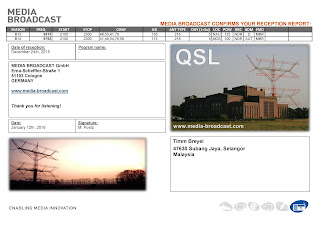