As we near the end of year 2015, it is interesting to note a number of  medium-wave and short-wave stations that either have closed or will soon cease broadcasting. 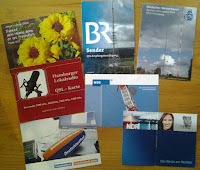 With the countdown to the closure of these German medium-wave stations imminent, it might be worth noting, AFN (American Armed Forces Radio) Bavaria  is still active on 1107 kHz from Vilseck. Earlier this year, AFN Europe confirmed the station by email, but stated a QSL card per se was no longer issued. 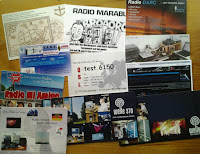 Meanwhile in Luxembourg, RTL (Radio Television Luxembourg) on 1440 kHz (Marnach) looks like it will cease operation at 0100 CET on 1 January 2016.

France and Czech Republic also announced the closure of MW stations in their respective countries.

Fortunately, short-wave remains alive with stations the likes of Channel 292, Europa 24, Hamburger Lokalradio and Radio 700, and not to forget, a few former free radio broadcasters like Radio Marabu. Unfortunately, their signals radiate well only within Europe; for international listeners like myself remote SDR receivers and the Internet are the only listening outposts for us. Having said this, on the rare occasion, I have received Hamburger Lokalradio using the 19 metre band in a test transmission. 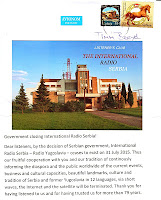 National Broadcasting Corporation of Papua New Guinea ceased all short-wave service sometime in April 2015. Despite the closure, I was informed the short-wave service could resume with new AM and DRM transmitters, pending approval by the PNG government. Meanwhile, NBC broadcasts on the FM band pretty much for the most part. 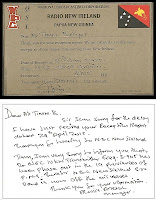 As we observe the closure of these stations it might be nice to look back at their QSL cards and similar QSLs from, particularly, German broadcasters still in operation.

On the bright side, with the  closure of these stations, it opens the window for radio stations previously unheard in Europe. In any case, let us hope fewer, better still, no further stations disappear in 2016.