Furusato No Kaze (via Palau Medorn) 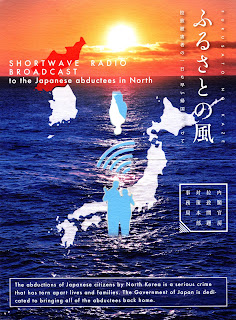 Furusato No Kaze, transmitting from  Palau Medorn, was logged on 12 December 2015. A concert of Japanese artistes performed  Japanese pop songs, western classical and jazz compositions from 10.35 till 12.07 UTC. Interviews with the artistes followed and no station IDs were announced during the broadcast until 12.07 UTC. From this time on, station interval was looped until 12.30 UTC. Reception on 9.960 kHz was SINPO 55545 -- excellent reception except for minor fluttering fade on  with 55545. 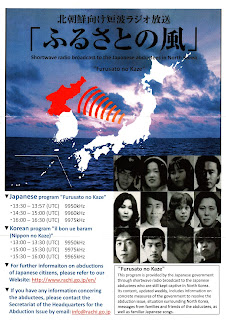 Samples of this broadcast may be heard HERE (Japanese rendition of "Auld Lang Syne") and HERE (station interval).

Reception report was emailed on 13 December 2015, although Furusato No Kaze does not QSL. Most likely only a cover letter of acknowledgement and literature about the Japanese abductees in North Korea will be forthcoming. As expected, on 12 July 2016, Furusato No Kaze did acknowledge receipt of reception report with literature on missing Japanese citizens. Interestingly, the envelope it came in stated, "TNX FR YR QSL" 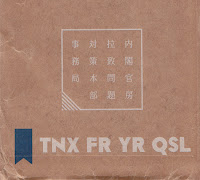