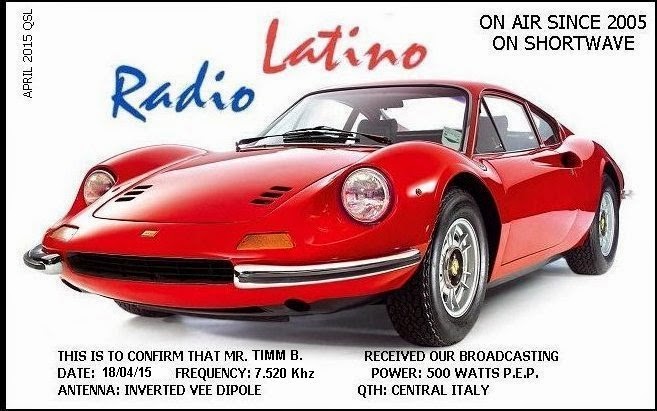 Radio Latino*, out of  Italy, was received in the Netherlands (Twente), on 18 April 2015. The last 10 minutes of their transmission on 7.520 kHz was heard from 17.45 till 17.55 UTC. This was long enough to catch the disco era song, "Fly Robin Fly", followed by an instrumental tune, then abrupt end of transmission without station ID and announcement of closure.

Reception on 7.520 kHz (SINPO) was 34333 -- fair and audible signal despite atmospheric noise and occasional fading.

Reception report was emailed shortly after the transmission ended. An eQSL was received on 19 April 2015. Thank you, Marco!

*Logged using remote SDR receiver at the University of Twente (The Netherlands)
Posted by T.L. Breyel at 10:01 PM