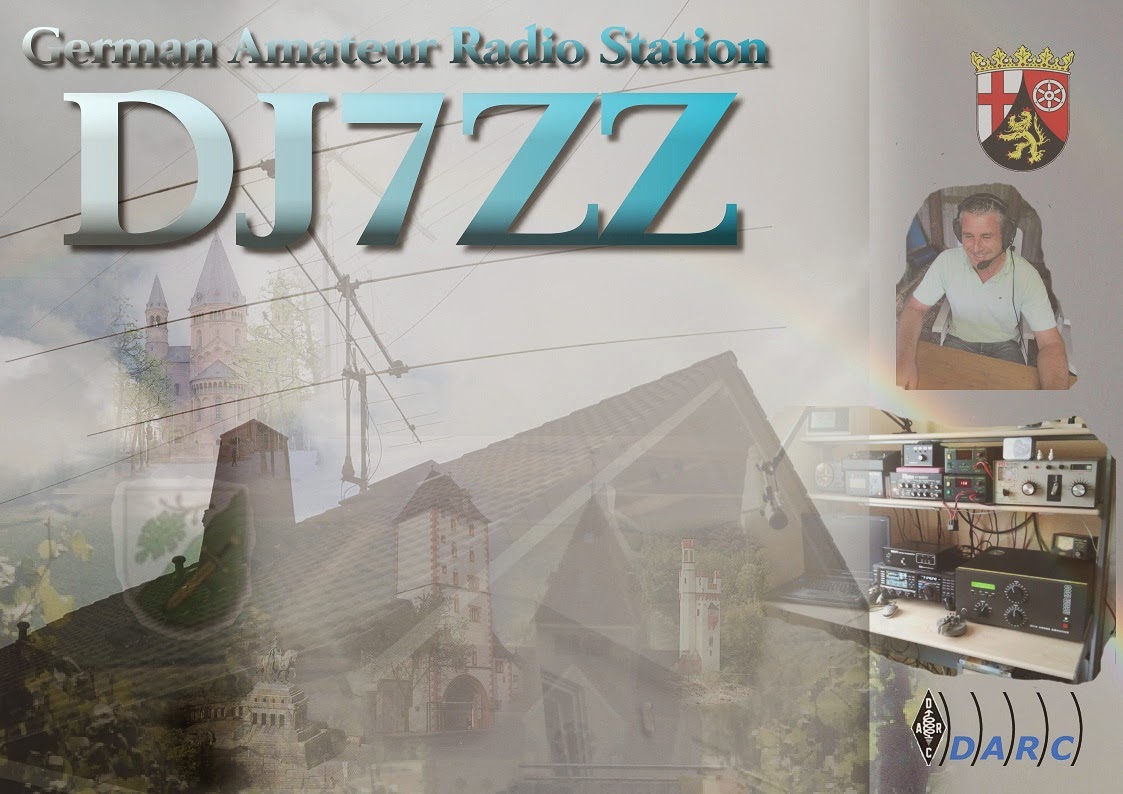 Amateur Radio Operator  DJ7ZZ (Tom) in Grossholbach (near Frankfurt), Germany was logged on 12 May 2013. His transmission was monitored between 18.10 to 18.37 UTC in conversation with V85DX in Brunei, during a QRZ Contest. Reception on 14.215 kHz SSB/USB was (SINPO) 35443 -- fair signal strength with slight fade was observed.

Approximately 40 seconds into the following audio clip, DJ7ZZ may be heard conversing with V85DX. Click HERE to listen.

Reception report was initially emailed to V85DX who QSLed in September 2013. A fellow amateur operator in Holland (Henk) heard the above clip and identified DJ7ZZ. On 31 March 2015, I followed up with an on-line reception report to DJ7ZZ at his website. He replied on 1st April 2015, stating on this blog site: "Yes, he will QSL. Tnx for the sound file. 73 from Germany Tom DJ7ZZ". Thank you for the tip, Henk. And, Tom, I am looking forward to your QSL.