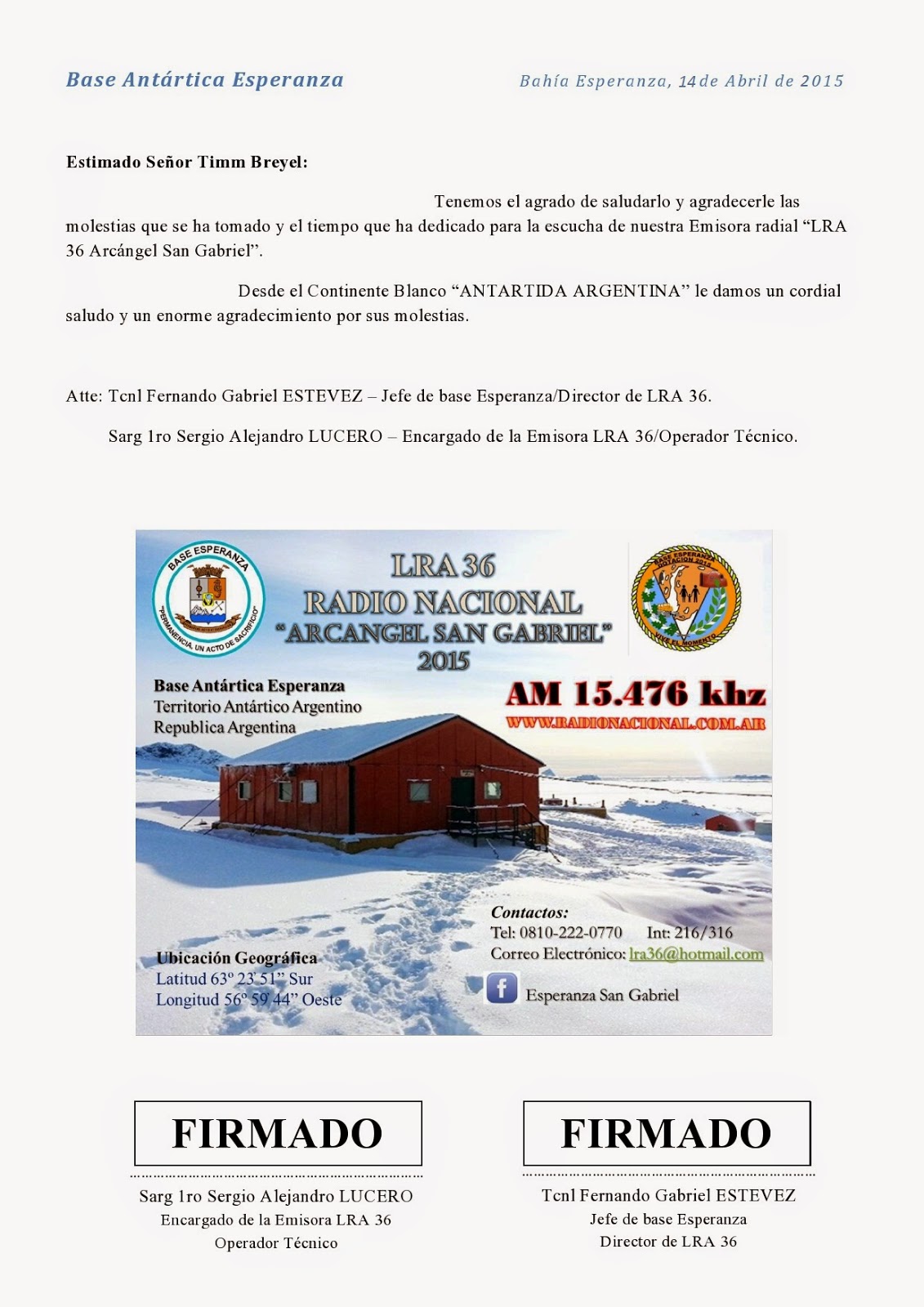 NOTE: Transmission was logged from two locations -- the Netherlands and Malaysia. Reception on 15.476 kHz from the Netherlands (Twente SDR receiver) was SINPO 24332 -- weak to fair, clear and audible signal with occasional fading. In Malaysia, LRA36 was barely audible and only faint music was observed. Signal was terribly weak with lengthy and occasional fading, and it was detected only in LSB mode.  Overall SINPO rated a paltry 14321, using a Tecsun S-2000 linked to an external 1/4 wave aerial, elevated 13 meters above ground.