Voice of America (via Ascension Island) 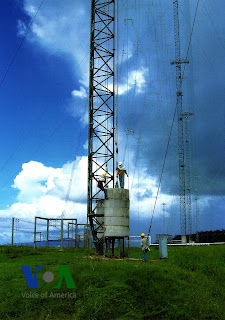 Voice of America via Ascension Island was logged on 5 August 2016 (possibly a Friday only broadcast), from 16.45 till 17.15 UTC (broadcast time 16.30 till 17.30 UTC). A Portuguese language broadcast of news and current event reports with occasional VOA IDs was observed on the short-wave frequency of 15.480 kHz.

Reception report was emailed on the following day. QSL card arrived in the mail on 17 February 2017. 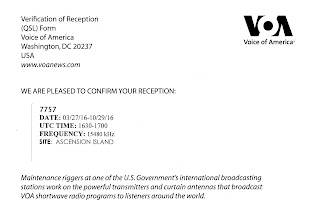