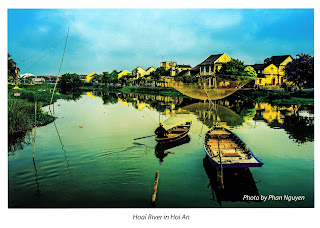 Voice of Vietnam, transmitting from Hanoi, was logged on 10 August 2016, from 10.00 till 10.30 UTC, on the short-wave frequency of 9.840 kHz, under excellent conditions with an SINPO of 55555. This half-hour English language broadcast profiled an in-depth report on Agent Orange/Dioxin used by the US military during the Vietnam War, followed by a mailbag programme featuring emails and letters from their radio listeners. A broadcast in Indonesian followed at 10.30 UTC.

Reception report was emailed to VOV on the following day. On 12 August 2016, VOV English replied with an email stating a QSL would be posted. QSL card indeed arrived, along with a postcard, on 1 September 2016. 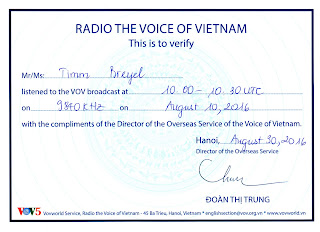