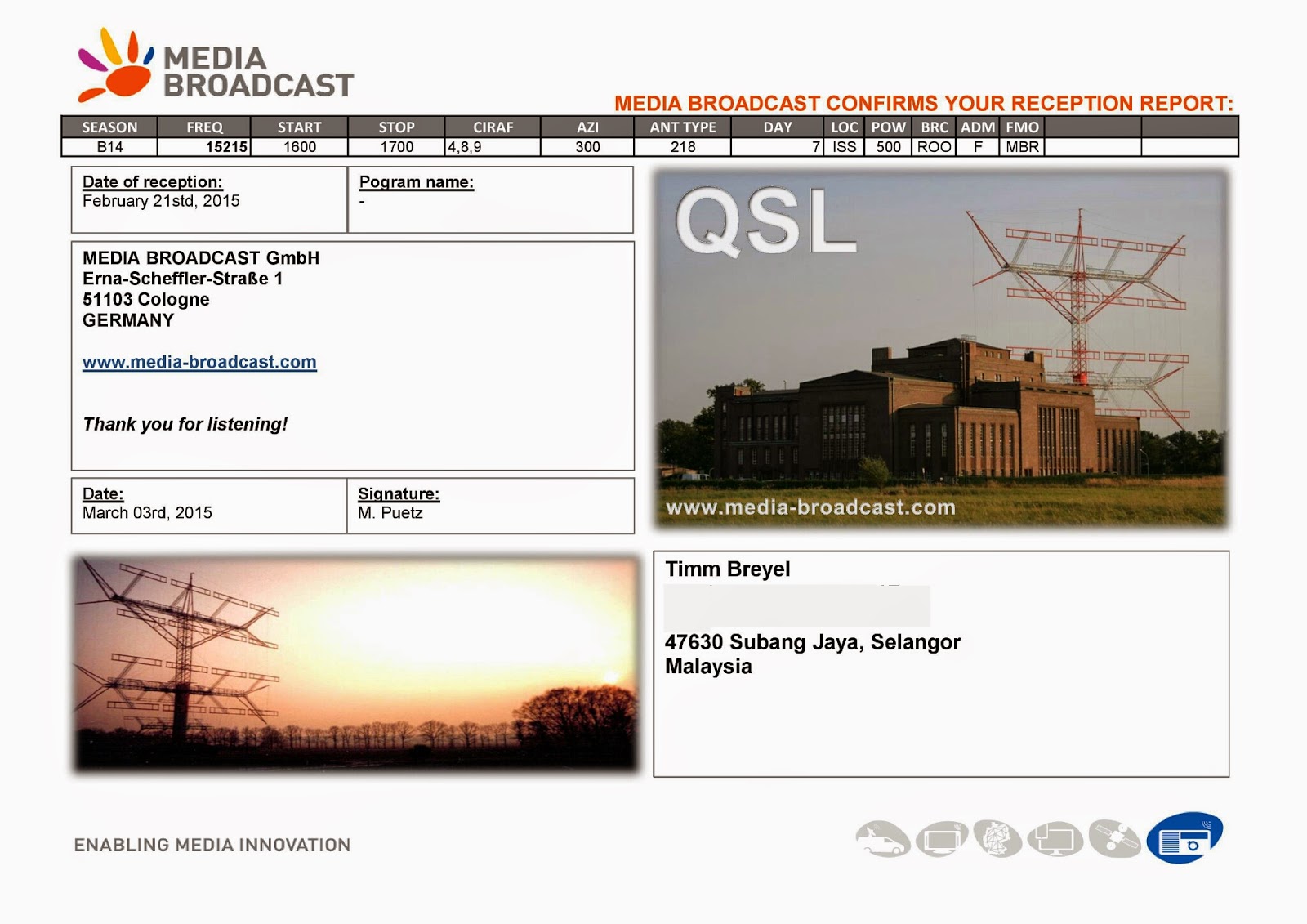 Radio Öömrang (Radio Amrum) via Broadcast Media GmbH, transmitting presumably from Issoudun  (France) was logged on 21 February 2015. This annual broadcast consisted of a male announcer chatting in Frisian dialect and German, along with a selection of music, from 16.00 till 17.00 UTC.

Radio Öömrang broadcasts annually and ONLY on 21 February to correspond with a North Frisian holiday. The programme was founded by radio amateur Arjan Koelzow on the island of Amrum in Schleswig-Holstein, northern Germany. The first shortwave broadcast was in 2006. The programme is broadcast in the North Frisian language (Öömrang dialect) as well as standard German. It is aimed to the descendants of North Frisian immigrants in North America (this would include yours truly).

Reception in Malaysia on 15.215 kHz was (SINPO) 34432 -- solid carrier signal throughout much of the transmission, but unfortunately with only faint audio present when signal did not fade under atmospheric noise. Otherwise signal was detected on a clear frequency. Carrier/audio was still present after 16.50 UTC, but significantly weaker at 24421 until sign-off at 17.00 UTC.

Reception report was emailed to Broadcast Media GmbH the following day. This eQSL arrived on 3 March 2015.