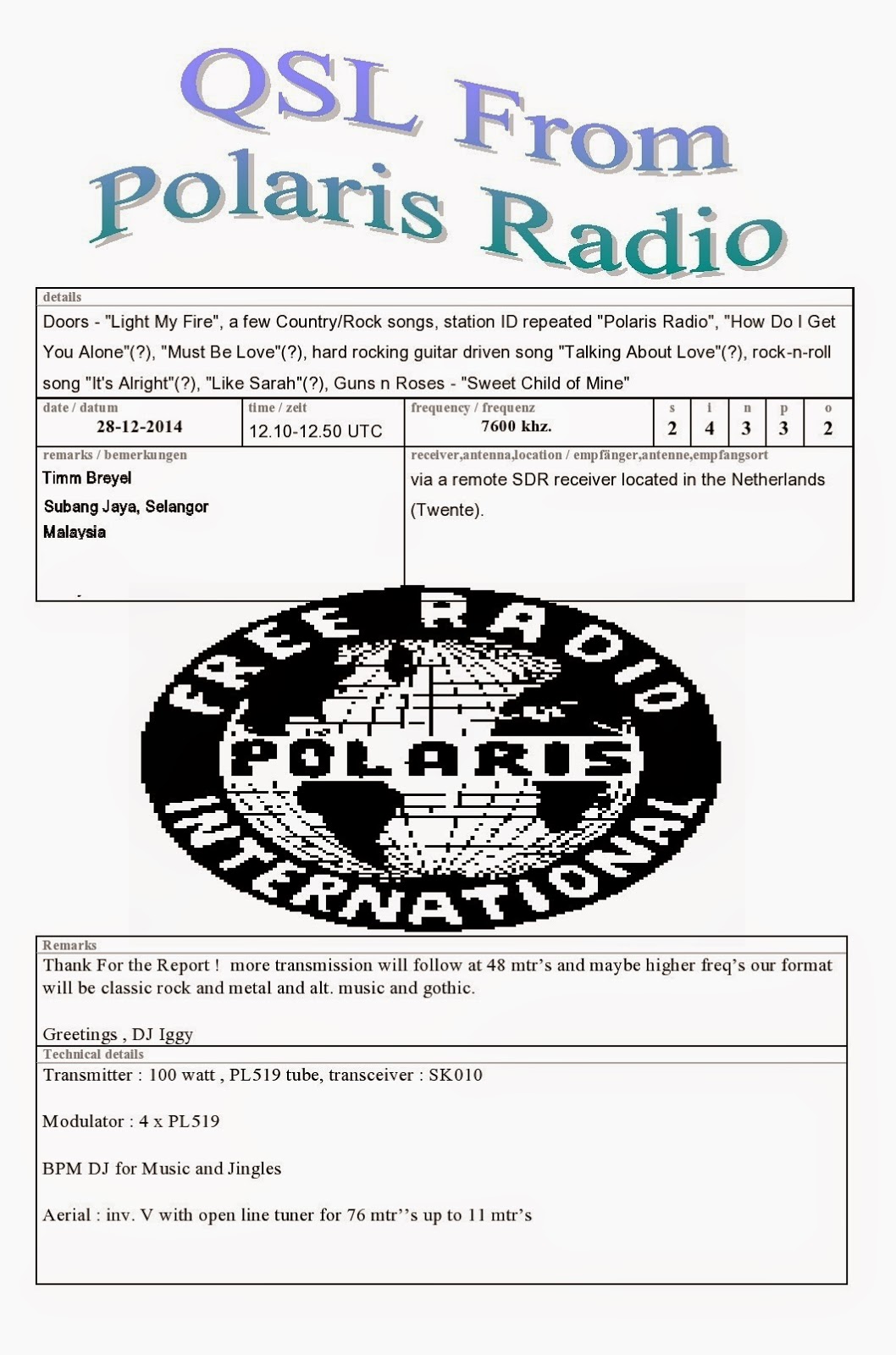 Polaris Radio*, transmitting presumably from the Netherlands, was logged on 28 December 2014. A selection of rock/pop songs, including the Doors - "Light My Fire", a few Country/Rock songs, station ID repeated "Polaris Radio", Guns n Roses - "Sweet Child of Mine" and more, was observed from 12.10 till 12.50 UTC. Reception on 7.600 kHz was (SINPO) 24332 -- weak but clear and audible despite atmospheric noise, occasional fading and utility QRM at one point.