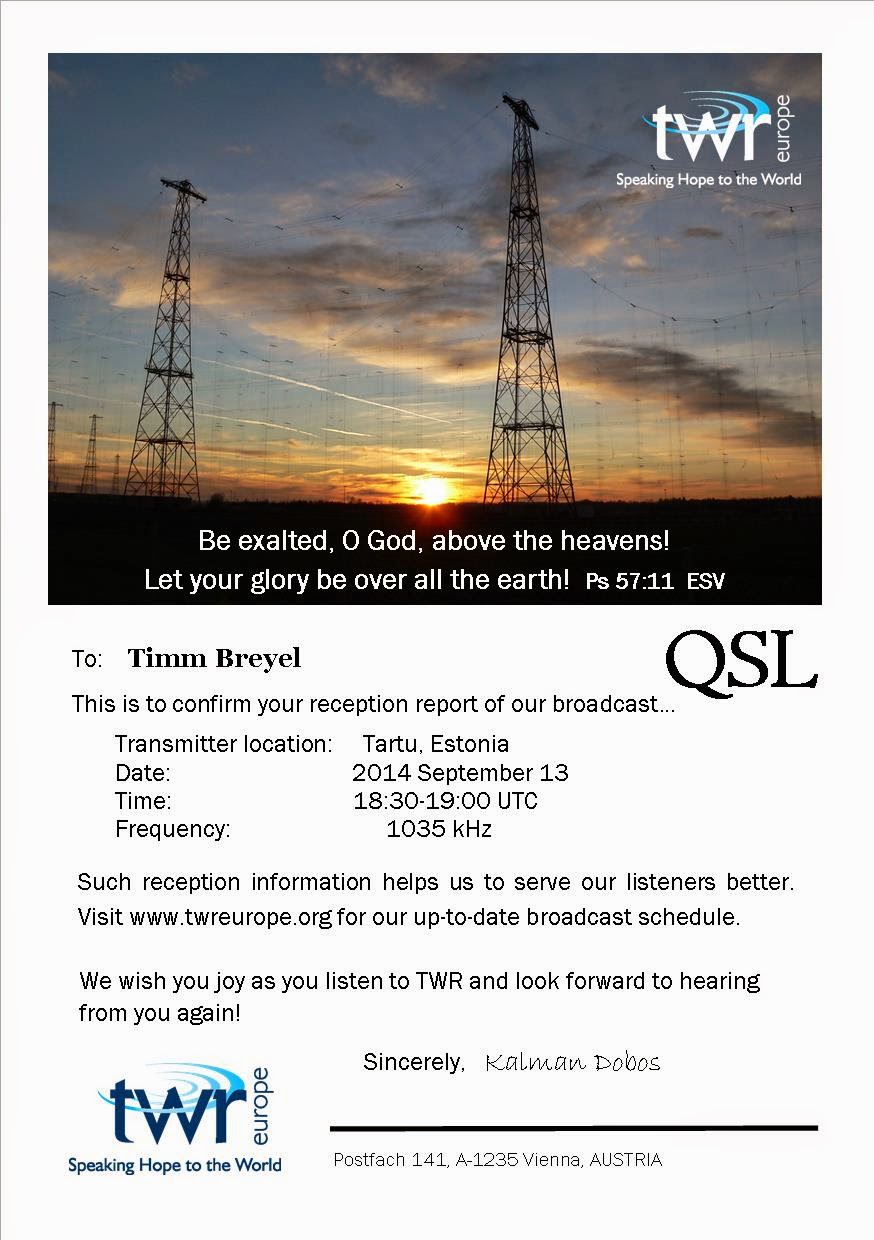 Trans World Radio*, transmitting from Tartu, Estonia, was logged on 13 September 2014. A Russian language broadcast with occasional instrumental music, station IDs and promos for TWR, and Evangelical Christian programming was monitored from 18.30 till 19.00 UTC.

Reception on the medium -wave frequency of 1035 kHz was (SINPO) 54534 -- near perfect reception except for some QRM from a UK station operating on or near the same frequency, especially during station fade out.

Reception report was emailed on 13 September 2014. A few follow-up emails were sent later. Finally, on 3 February 2015, Kalman Dobos, Broadcast Monitoring | TWR, emailed with the above eQSL and apologised for the long delay, mentioning other projects had taken priority.