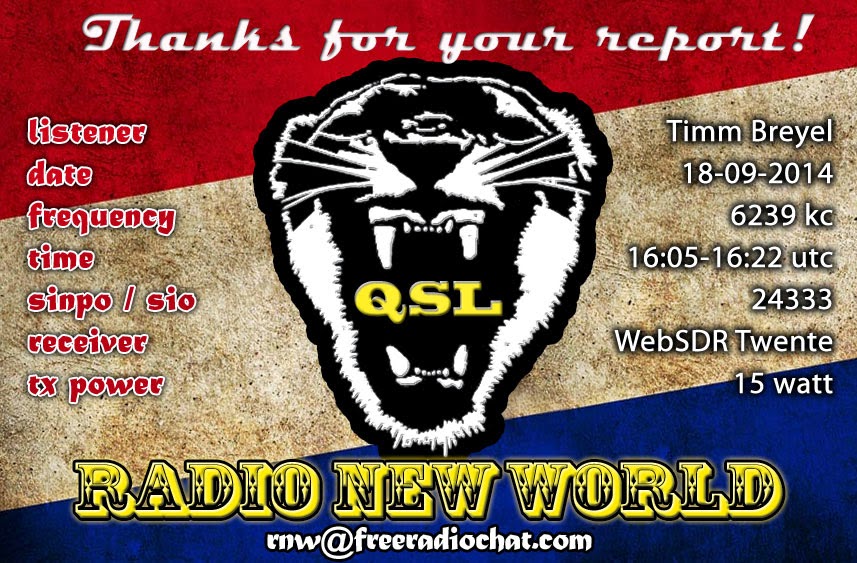 Excerpts of this broadcast may be heard HERE and HERE.

Reception report was emailed after broadcast to Radio New World International. This eQSL was received on 31 October 2014. Thank you for the confirmation, Sander!

*Logged using remote SRD receiver at University of Twente, the Netherlands.
Posted by T.L. Breyel at 10:42 AM