LRA36 - Radio Nacional Arcángel San Gabriel*, transmitting from Base Esperanza, Antártida Argentina, was logged on 17 October 2014. A female DJ speaking in Spanish with station IDs between a selection of several Spanish language songs was monitored  from 19.35 to 20.35 UTC.  Reception on 15.476 kHz in USB mode registered a (SINPO) of 24332 -- weak to fair signal, audible and clear at times, despite station splatter and occasional fading. This observation was made from a remote web-receiver in the Netherlands.

At the same time, in Malaysia, only a very faint carrier was detected in USB mode, hence the reason for using the web-receiver in the Netherlands. Even with this, LRA36's transmission propagated well over a considerable distance into northern Europe. Signal was still audible after 21.30 UTC, albeit much weaker with a (SINPO) of 25321. 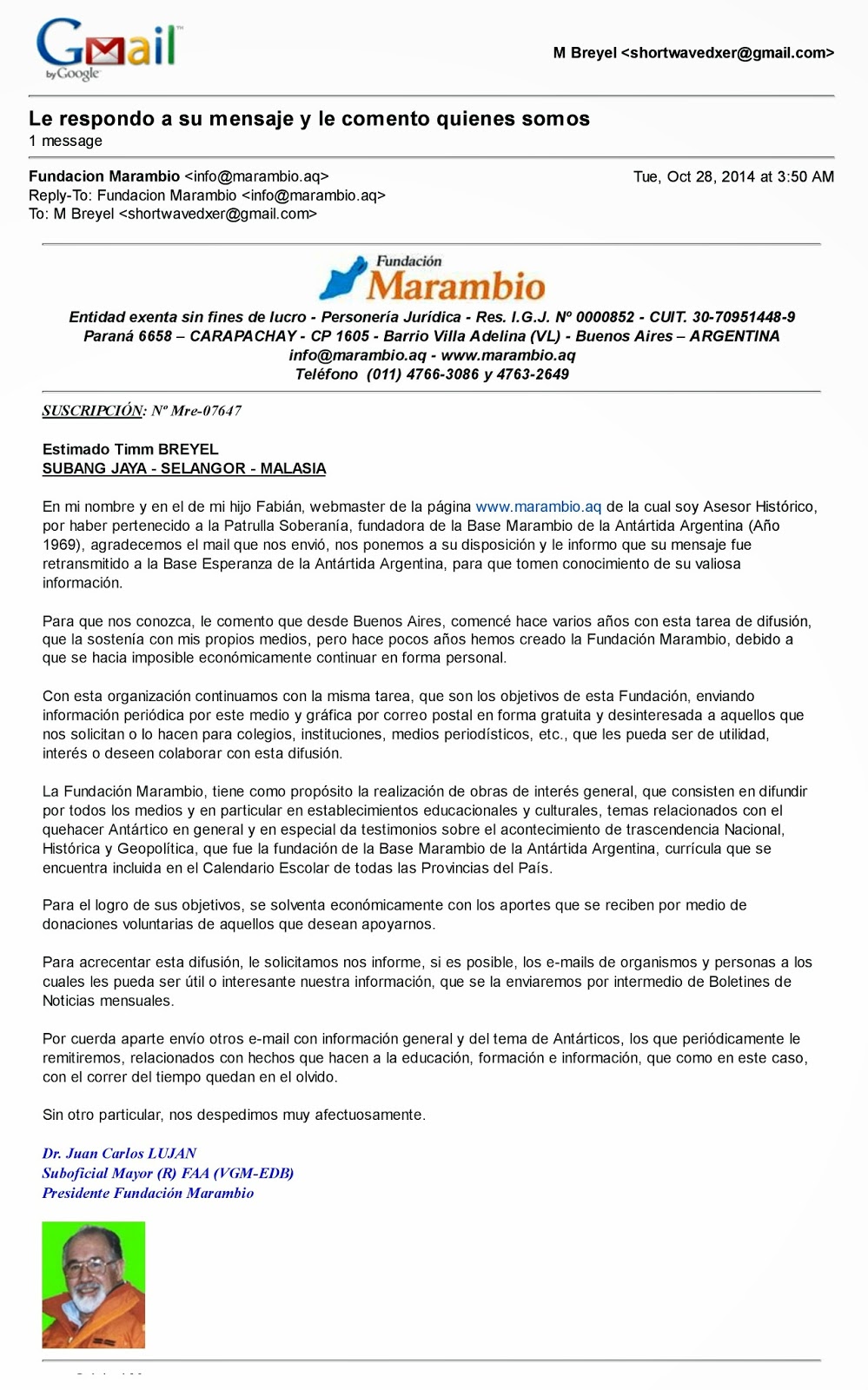 Excerpts of this transmission shortly after 19.35 UTC may be heard HERE and HERE.