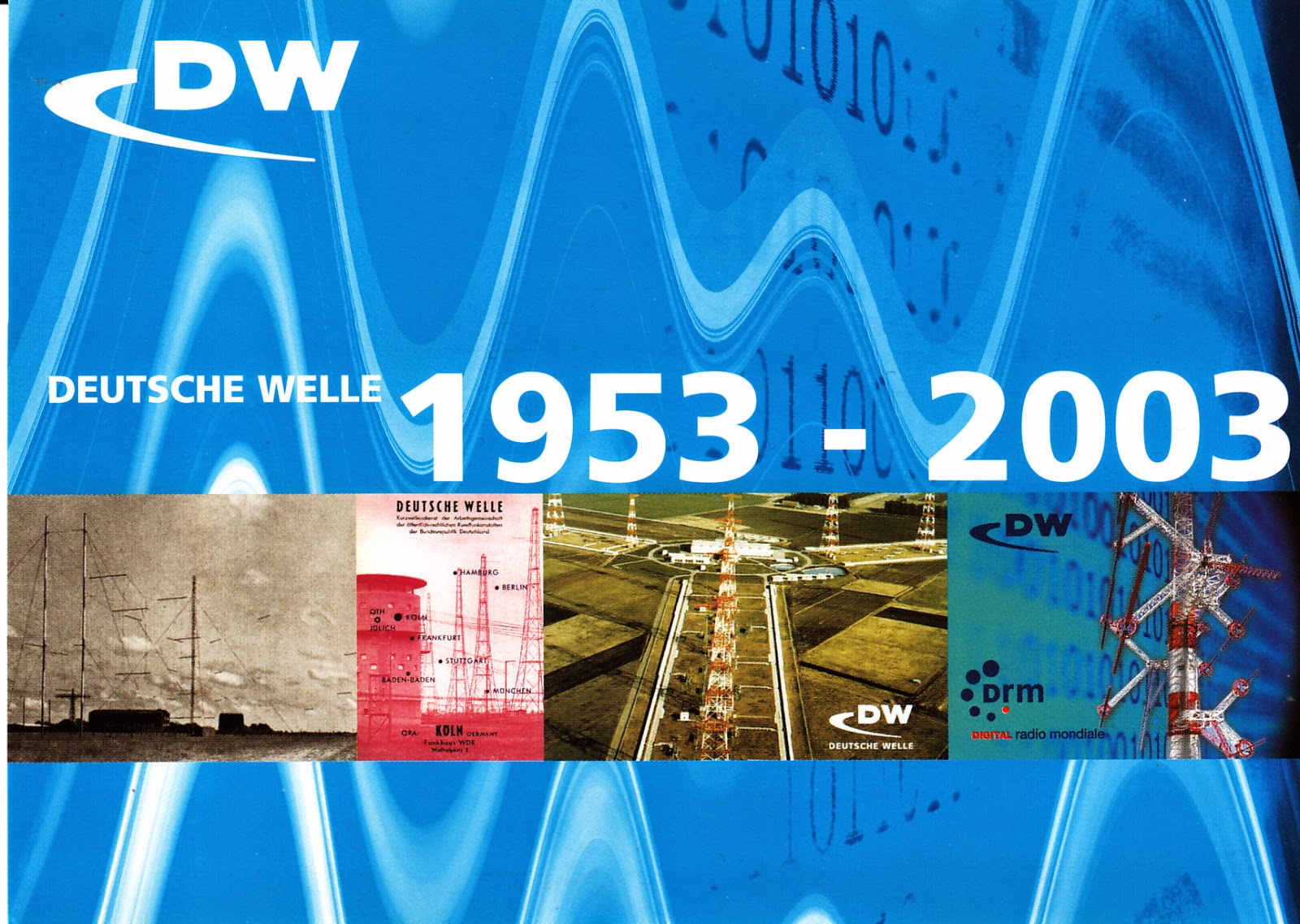 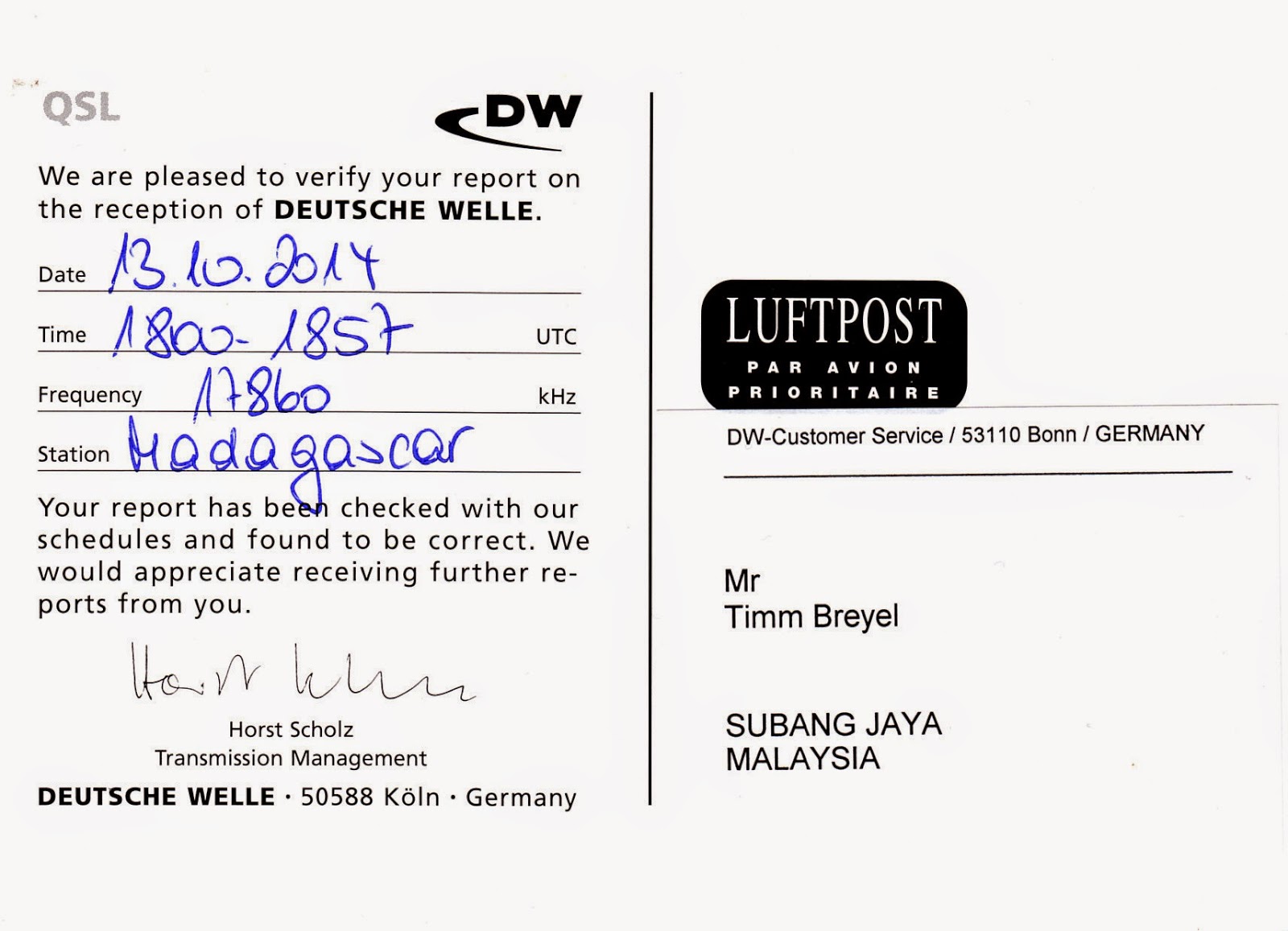 Reception reports were emailed to both Deutsche Welle and MGLOB on 14 October 2014. Immediately after submitting the report to MGLOB, this computer generated reply came: "Thank you for your message to MGLOB SA, the company which operates the Talata Volonondry shortwave station in Madagascar. We will respond to your message later on and/or send you a verification card if the transmission details you have reported are correct. Kind Regards from the crew of MGLOB SA in Madagascar." Deutsche Welle replied on 11 November 2014 by mail with a QSL card.