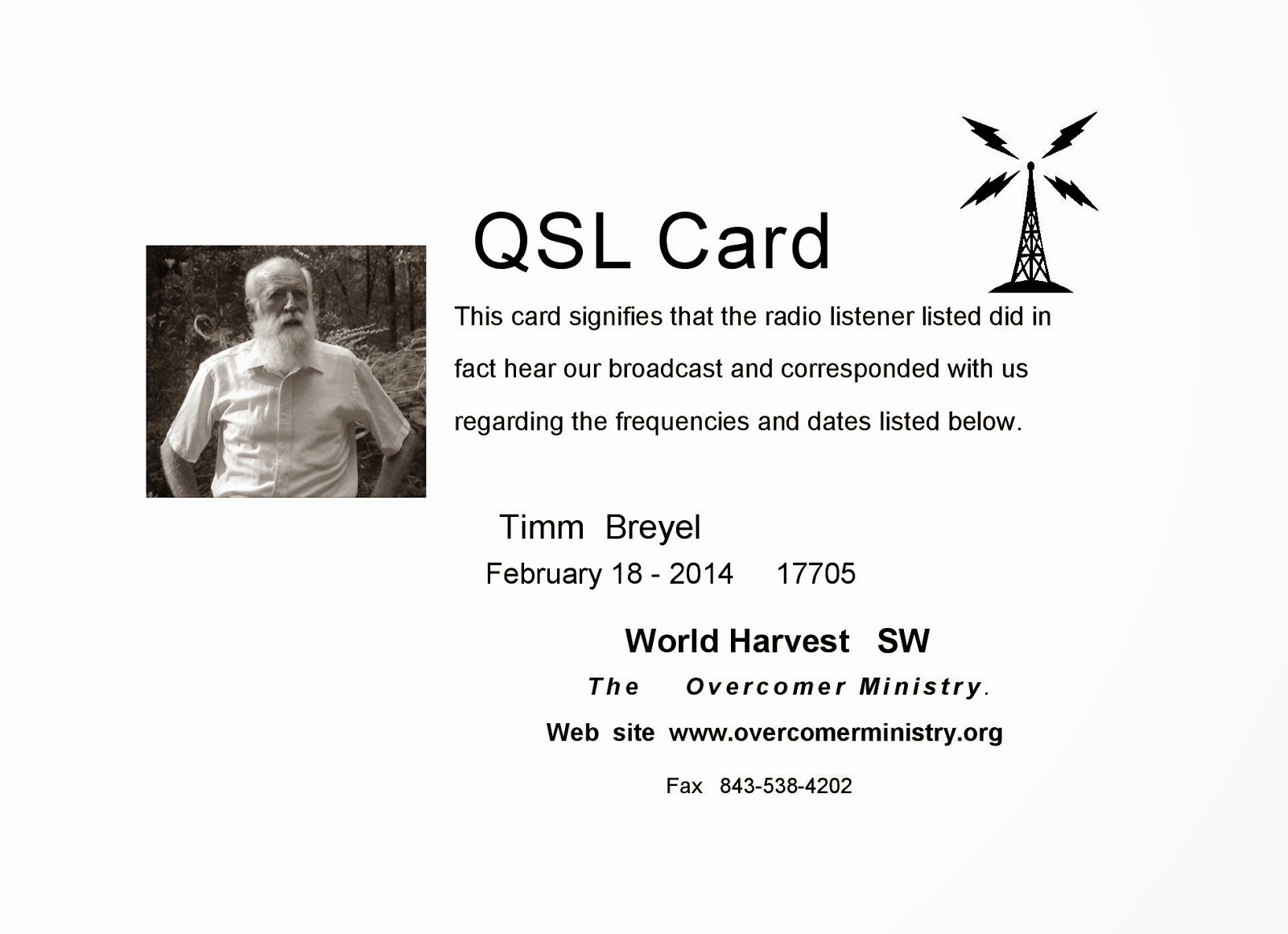 The Overcomer Ministry via WHRI in Cypress Creek, South Carolina (USA) was logged and QSLed on 18 February 2014. Signature Overcomer Ministry jingle, harp instrumental tune and  Brother Stair's  -- "the voice of last day prophet" -- sermon was monitored from 18.45 until sign-off at 19.00 UTC. Transmission occurred on 16 meter frequency of 17.705 kHz. Reception was (SINPO) 35433 -- fair signal strength and clear speech with flutters of atmospheric noise.

Presently Brother Stair dominates the short-wave bands much like CRI and CNR. His  broadcasts can be heard over WWCR, WHRI, WTWW, WMRI and relay sites outside the United States, all of which reach the shores of Malaysia in varying degrees of strength. His prominence on radio appears to be on par with Vatican Radio. Very few evangelical broadcasters can match his presence presently. Trans World Radio and WEWN while heard in Malaysia appear less intrusive on the airwaves. Family Radio over WRMI in Okeechobee is now a shadow of its former radio dominance.

It's not terribly difficult to QSL The Overcomer Ministry. They will respond promptly with an eQSL depicting Brother Stair, frequency and station/transmitter site. In fact, the eQSL for this transmission was received within three hours of emailing them on 18 February 2014.