Earlier this week I posted a Vintage QSL card from Radio Malaysia. In response, fellow radio enthusiasts from Hungary (Hegedus Istvan) and Germany (Uwe Volk), sent emails to me. Along with their kind words they attached several PDF files of vintage QSLs from Malaysia.


These verification cards from Radio Televisyen Malaysia (RTM) and BBC Tebrau were issued from the late 1970s through the early 1990s when they transmitted from sites in not just peninsular Malaysia, but Sabah and Sarawak. Currently RTM has short-wave / FM studios in East and West Malaysia, however all radio transmissions emanate from Kajang, Selangor (West Malaysia). 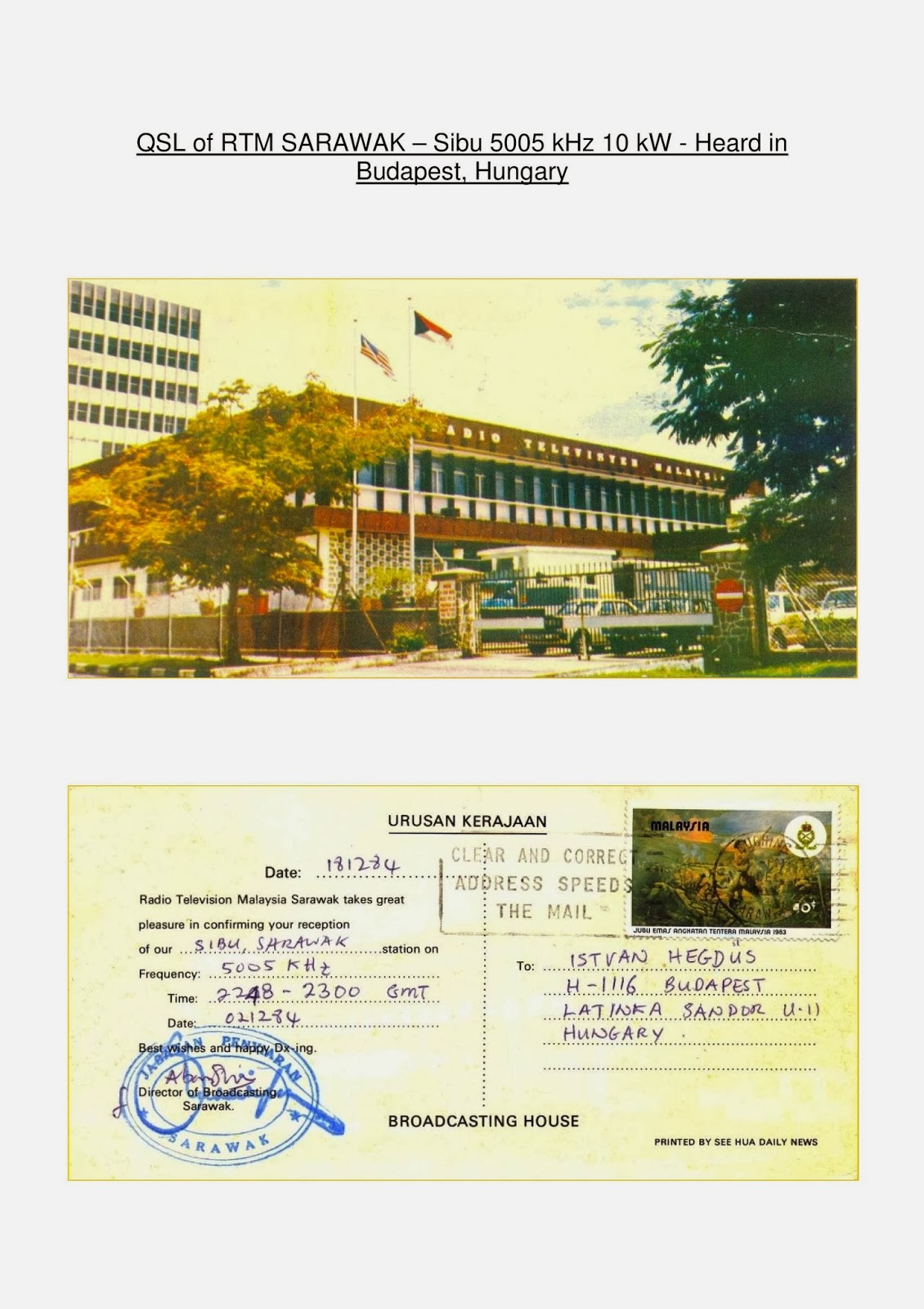 For those interested in the history of radio in Malaysia, the first radio broadcasts commenced in peninsular Malaysia (Malaya) on 1 April 1946. The first two radio stations were Radio Malaya (in Malay) and The Blue Network (in English). The transmitters were located first in Singapore, then later in Kuala Lumpur (which began operation in 1950).

With the independence of Malaya on 31 August 1957, Radio Malaya was divided into two separate stations. The original studio in Singapore became Radio Singapura. Radio Malaya moved to Kuala Lumpur and aired their first transmission from the new location on 1 January 1959.


Thank you very much for sharing these QSLs, Hegedus and Uwe!