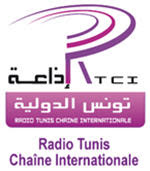 
Transmission was intended for the Middle East and broadcast in Arabic. A variety of Arabic, French and Spanish language songs were heard, along with frequent station announcements, news in brief on the hour, the call for Maghrib and Ishak prayers and a couple of talk related stories.

Reception report was submitted by post and email in French and English. QSL card is pending verification.