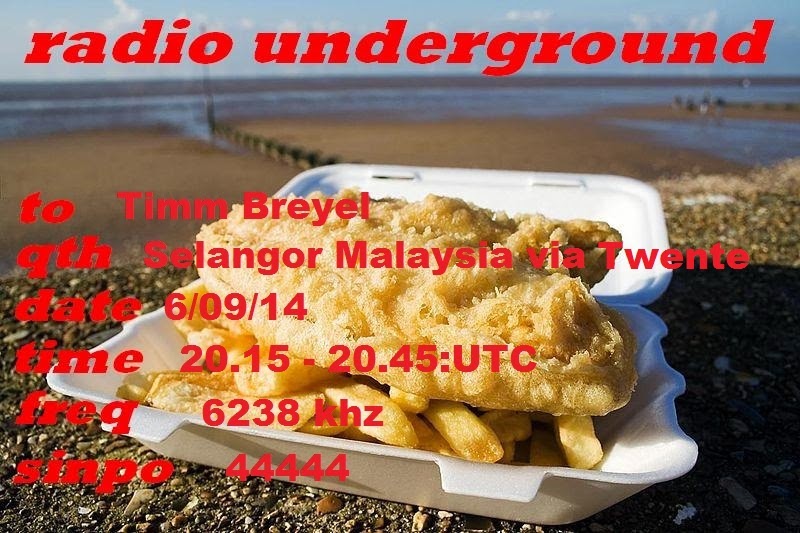 Radio Underground*, transmitting from southern England, was logged on 6 September 2014. DJ chatter between songs, including Rufus Thomas - "Do the Funky Chicken", Tamperer - "Chimney on Her Head", "Time Warp Again" from Rocky Horror Picture Show and Jimi Hendrix - "Red House" was observed from 20.15 to 20.45 UTC. Reception 6.238 kHz was (SINPO) 44444 -- fairly good signal with no major QRM or QRN noticed, only a some fading. Audio was clear and discernible.

Reception report was emailed to Radio Underground on 6 September 2014. This eQSl arrived the following day. Thanks for the fish and chips, Steve! Who says you can't tun-a fish? Your station was the best shortwave catch of the night.