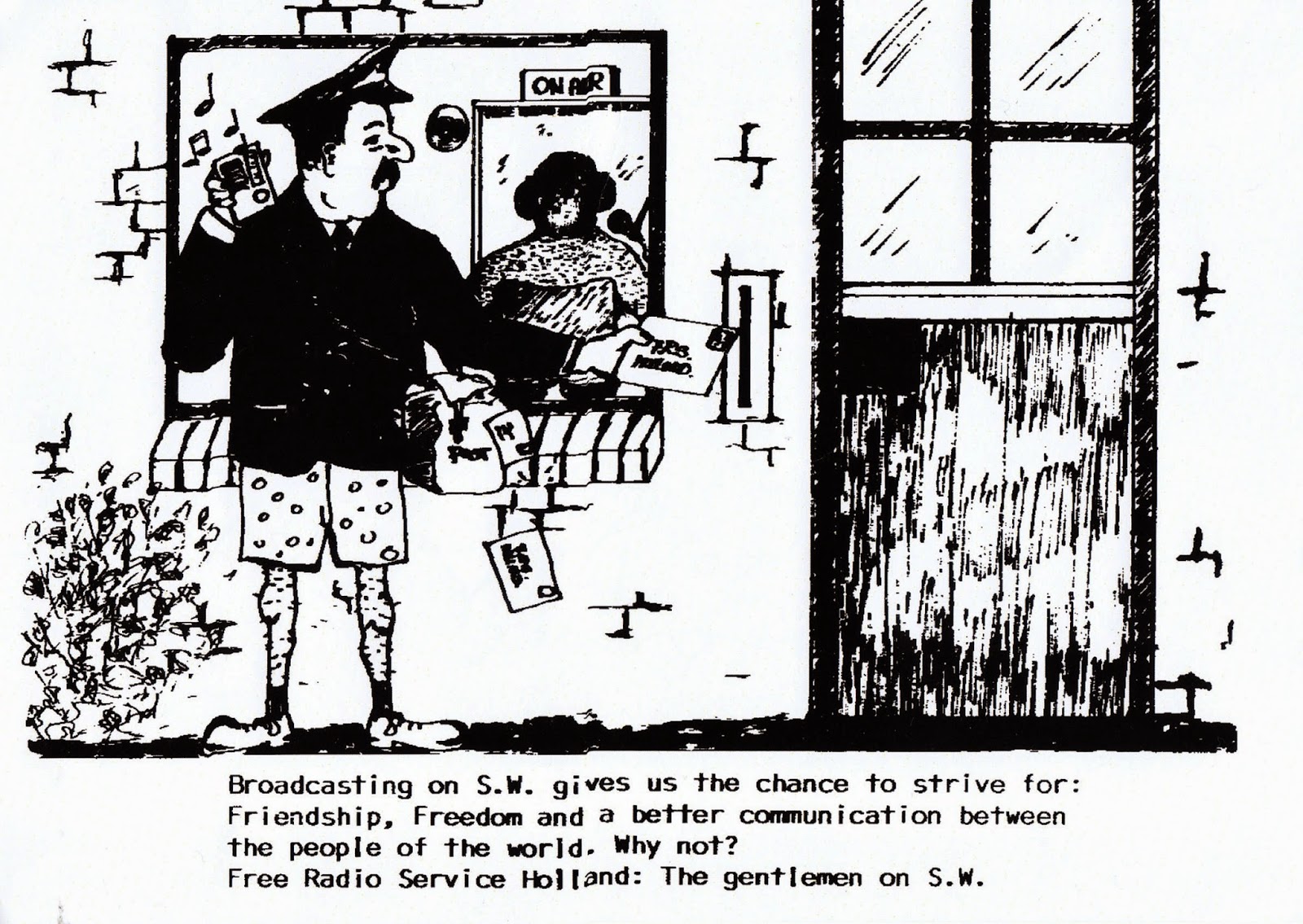 FRS (Free Radio Service) Holland* broadcast a special 34th anniversary programme on 31 August 2014. A retrospective of music, world events and FRS developments in 1980 was highlighted throughtout this three-hour broadcast, commencing at 17.52 UTC and ending with a rebroadcast well after 22.00 UTC.

From 17.52 to 19.05 UTC, I observed an ET theme song with count down and ID for FRS Holland in English. A veteran FRS Holland DJ, who moderated the programme, frequently put in perspective the history of the time and a timeline of personnel and events at FRS between songs which were heard 34 years ago. Tracks  played in the first hour of the show included: The Kinks - "Do It Again", Nick Straker Band - "A Walk In the Park", "La Babushka", Split Enz – "I Got You (Don't Know Why Sometimes I Get Frightened)", David Bowie - "Ashes to Ashes", Roxy Music - Flesh and Blood", Pet Shop Boys - "Everybody's Got A Learn Sometime".  A lot of historical events were mentioned and behind the scene developments at FRS were highlighted, along with some great music from 1980. It was a terrific show!!! 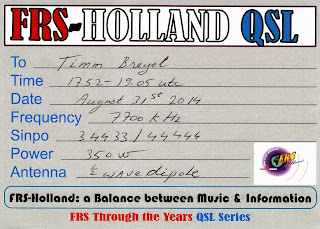 Transmission occurred on two frequencies. Reception  on 7.700 kHz was (SINPO) 34433 -- fair signal strength with static whenever long fades were present. Otherwise transmission was audible and clear. Reception improved over the next hours to 44444. Transmission on 9.300 kHz was not as good, but still decent enough for listening. Neither frequency was received in Malaysia at any time during the broadcast, hence the reason for using the remote receiver in the Netherlands. 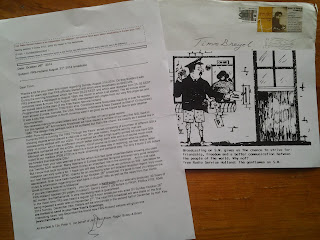 Reception report was emailed to FRS Holland on 1 September 2014. A letter followed the next day. According to the DJ,  a QSL card will be available and resemble the very first card issued by FRS Holland. QSL card and personal letter arrived in the mail on 12 November 2014.

*Logged using remote SDR receiver at University of Twente, the Netherlands.
Posted by T.L. Breyel at 6:41 AM