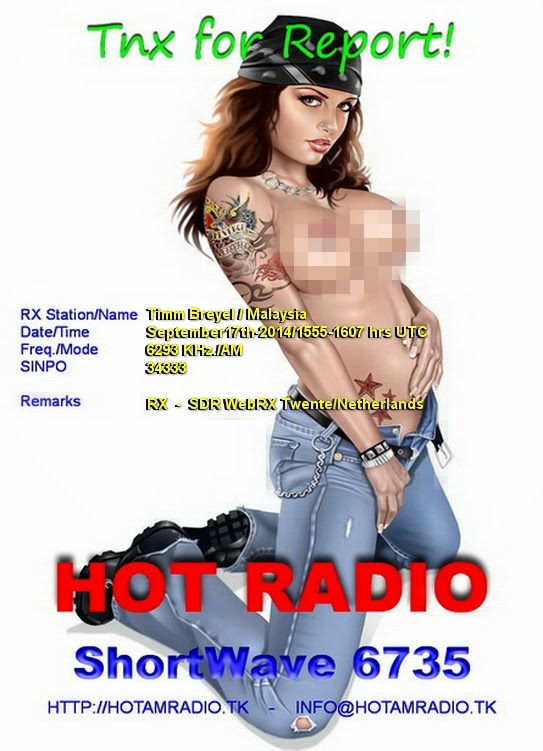 Hot Radio*, transmitting from the Netherlands, was logged on 17 September 2014. Rap / contemporary pop / dance music, including the song "Feel Good", was observed along with station IDs ("Hot Radio...Shortwave") from 15.55 until 16.07 UTC. Station ID and jingle, request for reception reports and email address was announced just before sign-off at 16.07 UTC. Reception on 6.293 kHz was (SINPO) 34333 -- fair signal strength, long fades and atmospheric noise.

Reception report was emailed on 18 September 2014. An eQSL depicting a topless, tattooed and pierced piratetress, along with stickers for Cool AM and Hot Radio, was received on 19 September 2014. The eQSL is "Hot", Andre. Thank you for the confirmation!