Free Radio Bumbelstock*, transmitting from central eastern Germany, was logged on 17 September 2014. The station was quite possibly heard before 17.00 UTC, but too weak to identify. Around 17.00 till 17.12 UTC transmission from this low-powered station improved, allowing reception of DJ announcing frequency, email address for reception reports, imminent closure and later transmissions. DJ played "What A Wondeful Feeling", chatted a bit before stating "Bye-bye", then played a final song, "Hotel California".  Reception on 6.206 kHz was (SINPO) 24322 - weak, very noisy and fading, but audible and clear at times

Reception report was emailed shortly after the transmission on 17 September 2014. An eQSL (Number 14) was received on 18 September 2014, along with a message profiling the station, transmitter and operator.

DJ Carston had this to say about the station, "'Free' and 'Radio' is clear, 'Bumbelstock' is our local word for Löwenzahn also called Pusteblume. I like this flower!". Hence, this is the rationale for the name of the station and the flower depicted on the eQSL.

He went on to say, "You listen(ed) to me with my new transmitter -- just a DDS AM transmitter, plus a little amp made from two IRF510 transistors. Next part will be a little tube tx with 5 Watt carrier. Antenna is a resonant dipol 15m up in the air."

Thank you for the reply and eQSL, Carsten. I look forward to receiving your paper QSL in the coming weeks. QSL card #014 arrived in my letterbox on 15 October 2014. Again, many thanks, Carsten! Hope to catch you on air again. 73s!!! 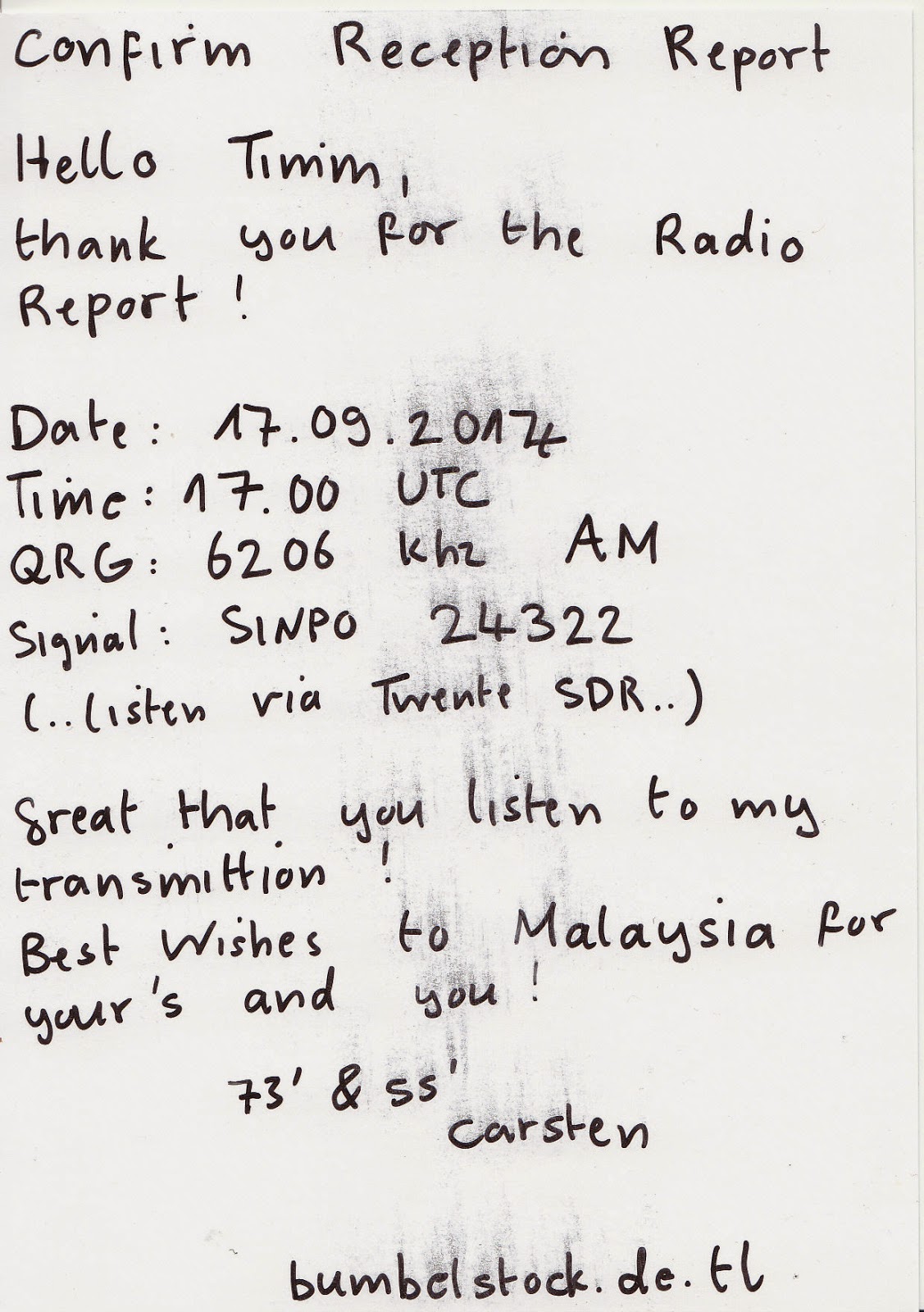