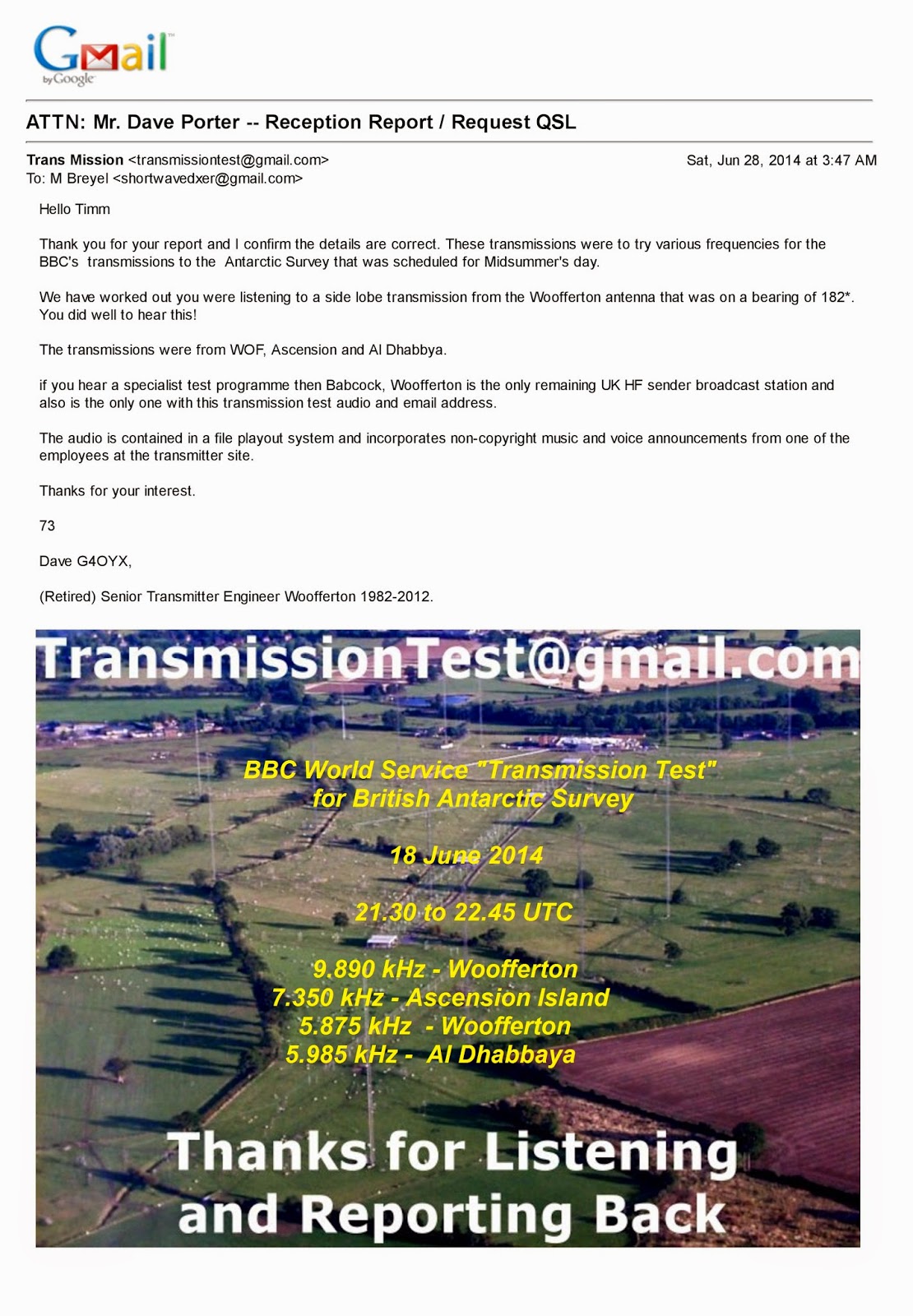 BBC World Service - British Antarctic Survey (BAS) Annual Broadcast to BAS staff in Antarctica on midwinter's day will be 21 June 2014, 21.30 to 22.00 UTC. This date marks the longest, darkest day in the Antarctic, during which the BBC will play music requests and send special messages to the BAS team.

TEST TRANSMISSION
A "test transmission' for the impending British Antarctic Survey (BAS) broadcast occurred from 21.30 to 22.45 UTC on 18 June 2014.

Content of test transmission in English led off with BBC News presented by a female announcer, then into a few "Outlook" episodes on an actor and Venezuela. Transmission on 5.985 kHz ended abruptly, followed by dead air, then BBC ID twice and sign-off at 21.47 UTC.

Not certain whether BBC will confirm with QSL. I seriously doubt it, owning to their current QSL policy. Still, it should make an interesting DX catch! Surprisingly on 28 June 2014, I received an eQSL for this "Test Transmission" from veri-signer Mr. Dave Porter, (Retired) Senior Transmitter Engineer, Woofferton 1982-2012.

Check out the VIDEO PRESENTATION of Woofferton presented by Mr. Dave Porter.

For more information about British Antarctic Survey follow this LINK.