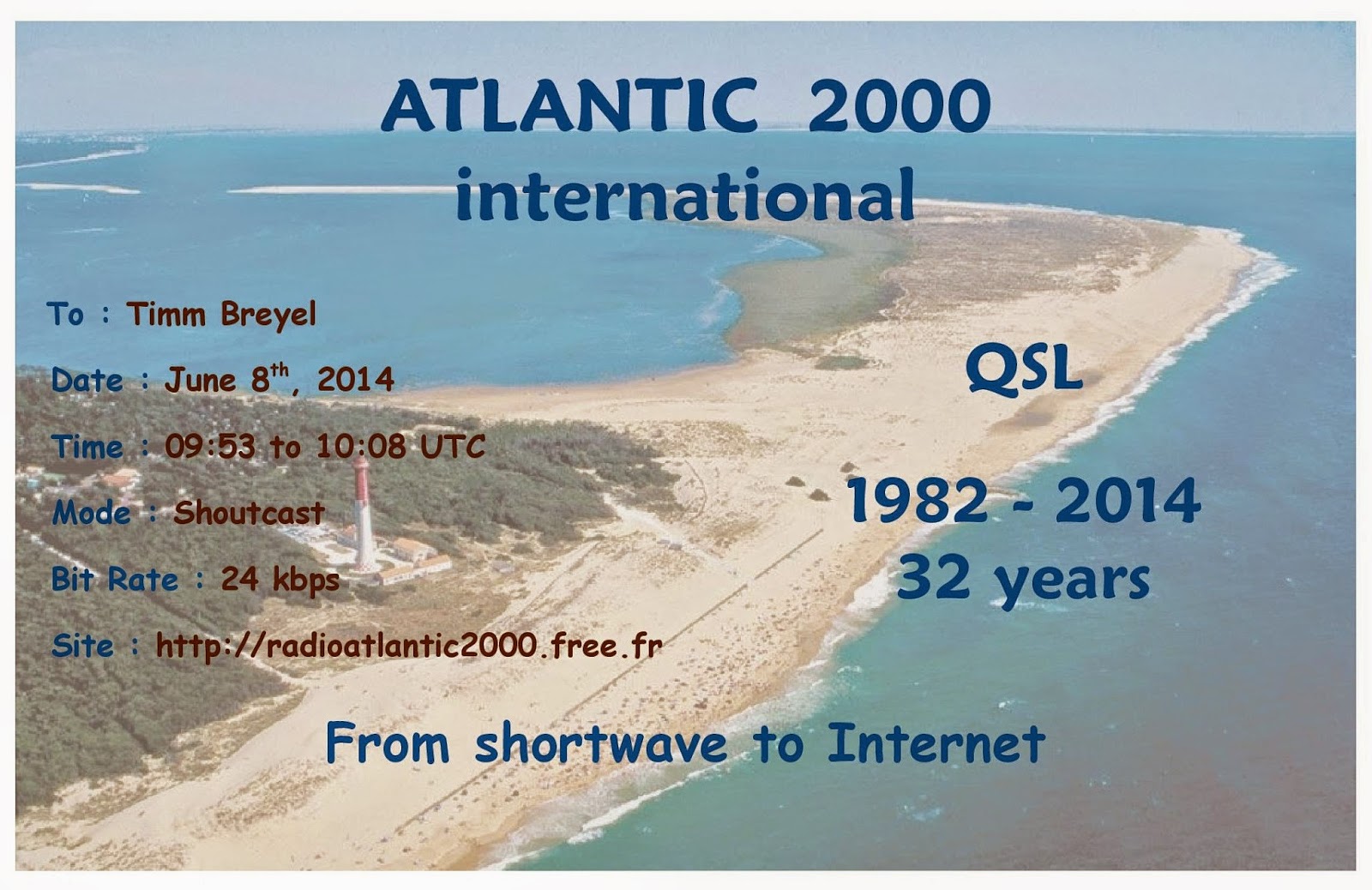 Atlantic 2000 International in France was logged on 8 June 2014 during their 32nd anniversary show. Their shortwave transmission from 09.00 to 10.00 UTC on 9.480 kHz was inaudible in Asia. Fortunately their broadcast was also streamed over the internet at 24 kps via http://atlantic2000.listen2myradio.com. A selection of motown hits and French language tunes was heard from 09.53 till 10.08 UTC.

A content report of their internet stream was emailed shortly after broadcast on 8 June 2014. An eQSL was received on 13 June 2014.