HCJB - La Voz de Los Andes, transmitting from Santiago, Chile, was heard on 25 September 2011. The broadcast was monitored from 23.50 to 00.45 UTC (usual broadcast time 23:00 to 00:45 UTC ) on 11.920 kHz. Religious talk and music was observed in the Portuguese language. Signal (SINPO) was 12111 --   extremely weak reception which only worsened after 00.10 UTC. Signal was barely audible and  only music was heard well. To eliminate much of the QRN and interference, the radio was set in SSB/LSB mode.

Reception report was submitted on-line at HCJB website and by post. After sending several emails, I  obtained an eQSL through HCJB's German language website. It arrived on 10 November 2011. A follow-up QSL card and 2012 desktop calendar arrived in the mail on 8 December 2011. A second QSL card for the same report arrived on 8 September 2012; see blog entry on December 2011. A postcard and note explaining the delay accompanied the QSL card. 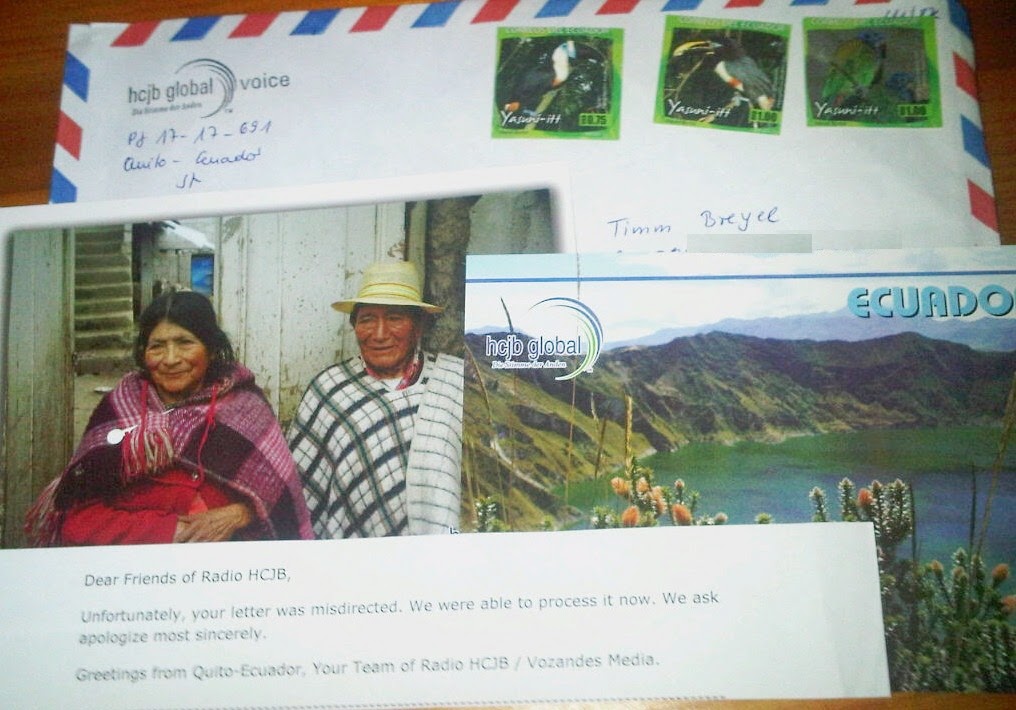