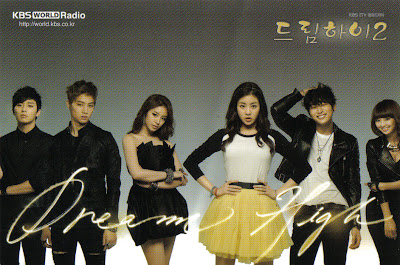 KBS World Radio in Kimjae,  Republic of Korea was logged on 13 April 2012 Their English language broadcast was heard from 13.56 to 15.00 UTC on 9.640 kHz, immediately after Radio Canada International signed-off using their Kimjae relay station. Reception (SINPO) was 54544 -- excellent signal strength except for nearby station splatter and slight fading.
A reception report was submitted online at the KBS website shortly after their transmission ened. A QSL card and programme schedule arrived on 22 May 2012. Curiously, I have yet received a QSL card for their Indonesian broadcast heard in January this year; only a couple of emails acknowledging my communication was mentioned. 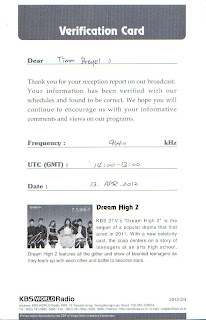