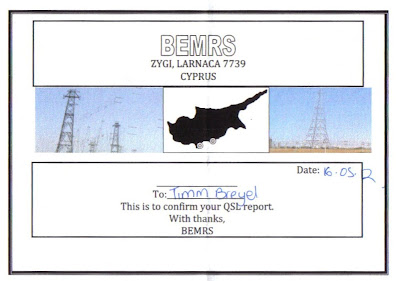 Reception report was emailed and posted in December 2011. In April 2012 I relayed the reception report to a friend in Cyprus who emailed and called the relay station. He had difficulty with the staff, so I  suspect this was all to no avail. Finally, as a last resort, I faxed the original reception report in early May 2012. This QSL card arrived in the mail on 31 May 2012. 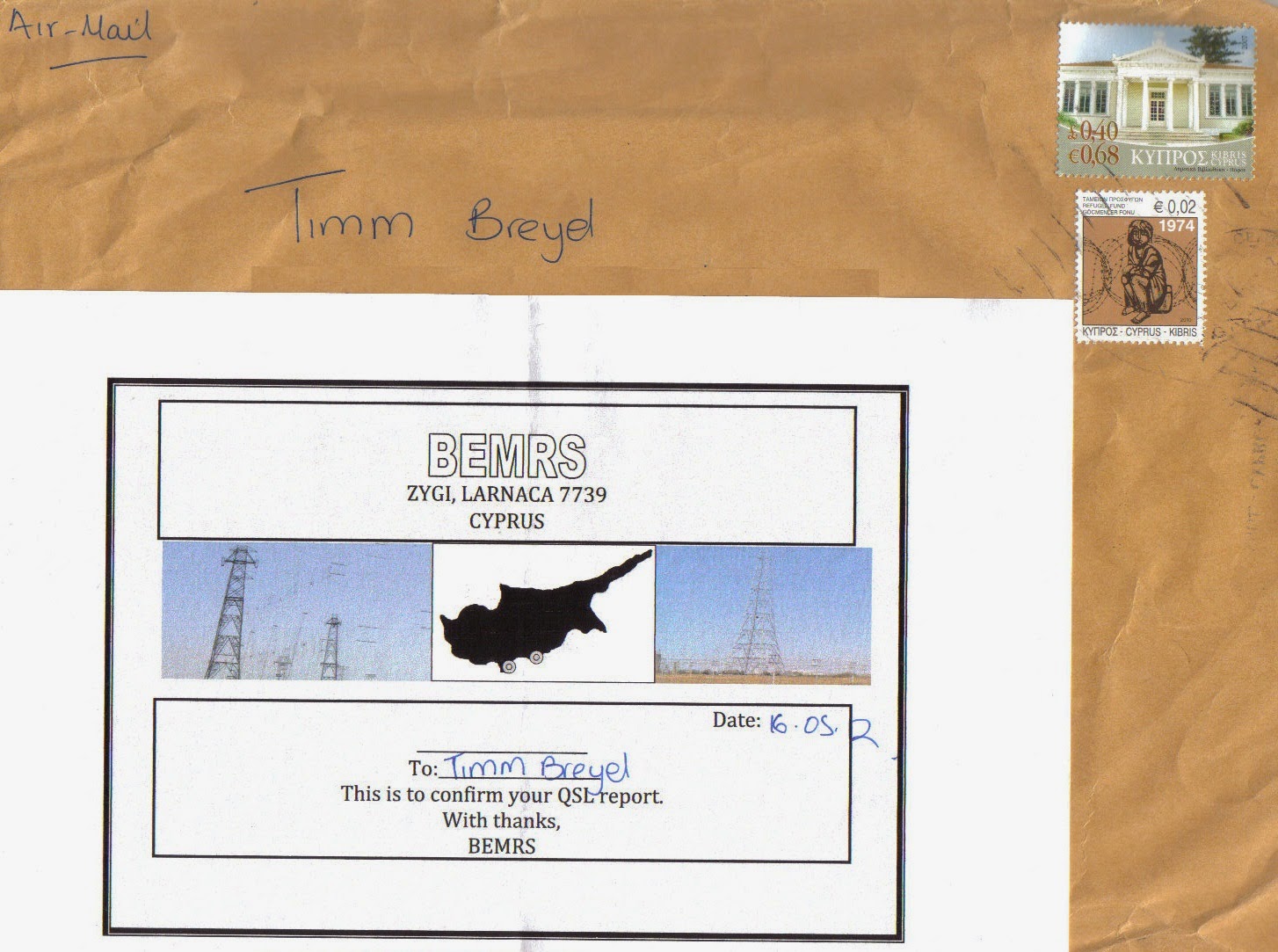