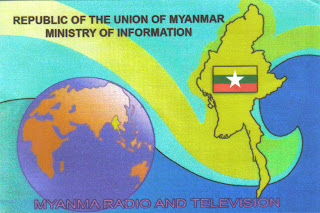 Radio Myanmar transmitting from Naypyidaw, Myanmar was heard on 1st January  2012. An English language programme of news and old Western pop tunes, including the Beatles "Come Together" was monitored from 03.09 to 03.30 UTC, followed by a broadcast in Burmese. Transmission was received on 9.730 kHz. Reception (SINPO) was 35333 - fair signal, moderate atmospheric noise and slight fading, otherwise clear and audible speech. A Burmese broadcast was also observed on 9.590 kHz before sign-off at 03.30 UTC.

Reception reported was emailed. QSL card and letter was sent by registered mail and arrived on 14 January 2012. 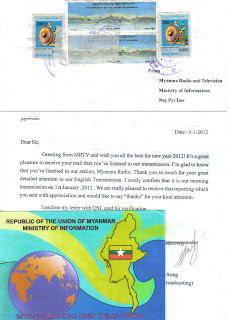 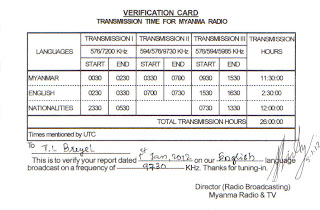