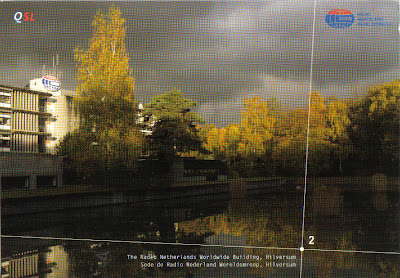 Radio Netherlands Worldwide via Bonaire, Netherland Antilles was logged on 31 December 2011. A Dutch language broadcast was heard from 21.00 to 22.57 UTC on 13.700 kHz. Reception (SINPO) was 45434 -- good signal strength with some atmospheric noise, otherwise clear and audible speech throughout the broadcast.
Curiously RNW reportedly intends to close this transmitter site in October 2012. All Dutch language broadcasts will cease on short-wave. So, get your QSL of this famed RNW relay station before it closes. 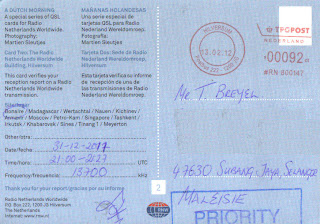 Reception report was submitted online at RNW. QSL card arrived in the mail on 24 February 2012.