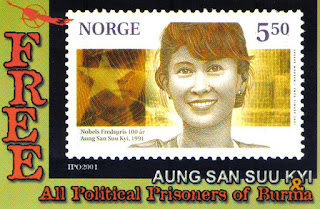 Democratic Voice of  Burma, based in Norway and transmitting presumably from Yerevan-Gavar, Armenia, was heard on 16/17 September 2011 from 23.30 to 00.30 UTC on 11.595 kHz; frequencies and times have since changed.
I received both an e-QSL letter and subsequently a promised QSL card (see September blog entry) on 24 December 2011. Along with the QSL card, I received from DVB's headquarters in Norway these two postcards commemorating Aung San Suu Kyi's 60th birthday. 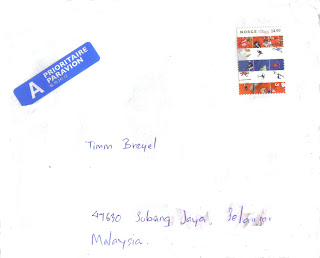 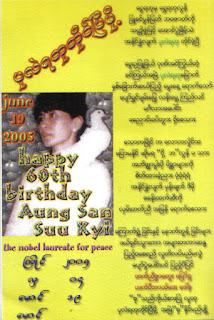