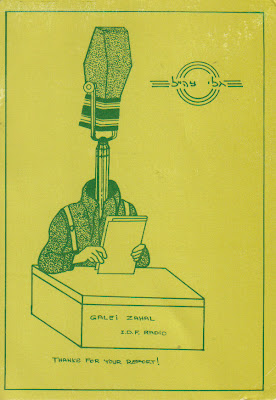 
Signal (SINPO) at 14.00  UTC was 15111. Transmission was detected, but extremely weak with a lot of QRN and at times undiscerned speech; at 15.00 signal was much clearer, but still very weak at 25111.
Programming  was in Hebrew and consisted of a talk/commentary format with occasional interviews or on-location coverage, hosted by female and male announcers. A station announcement or advertisement was heard just before 15.00 UTC, then news followed on the hour. 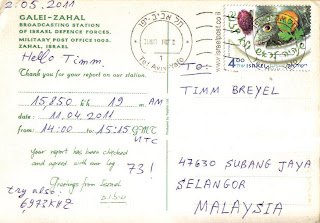