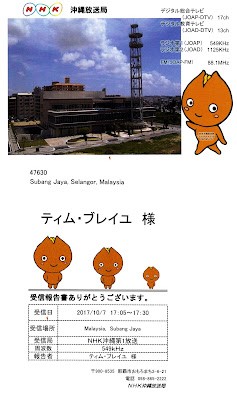 NHK-1 (JOAP) in Okinawa Prefecture was heard on the medium-wave frequency of 549 kHz, under poor but audible conditions, rating a SINPO of 14221. Despite severe scratchy atmospheric noise, a Japanese language broadcast of Japanese pop songs, hosted by a male announcer, was observed from 17.05 till 17.30 UTC, on 7 September 2017. On  nights when propagation is bad, the signal is detected but with no discernible content. That's not bad actually for a 10 kW station out of Japan.

POSTSCRIPT
HERE and HERE is JOAP as received on 8 March 2020, using a Tecsun S-2000 with a rooftop 1/4 wave aerial linked to the receiver's ferrite rod. Previous reception in 2017 was done using a Sangean ATS-909 with only the internal ferrite rod. 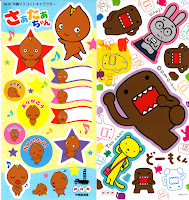