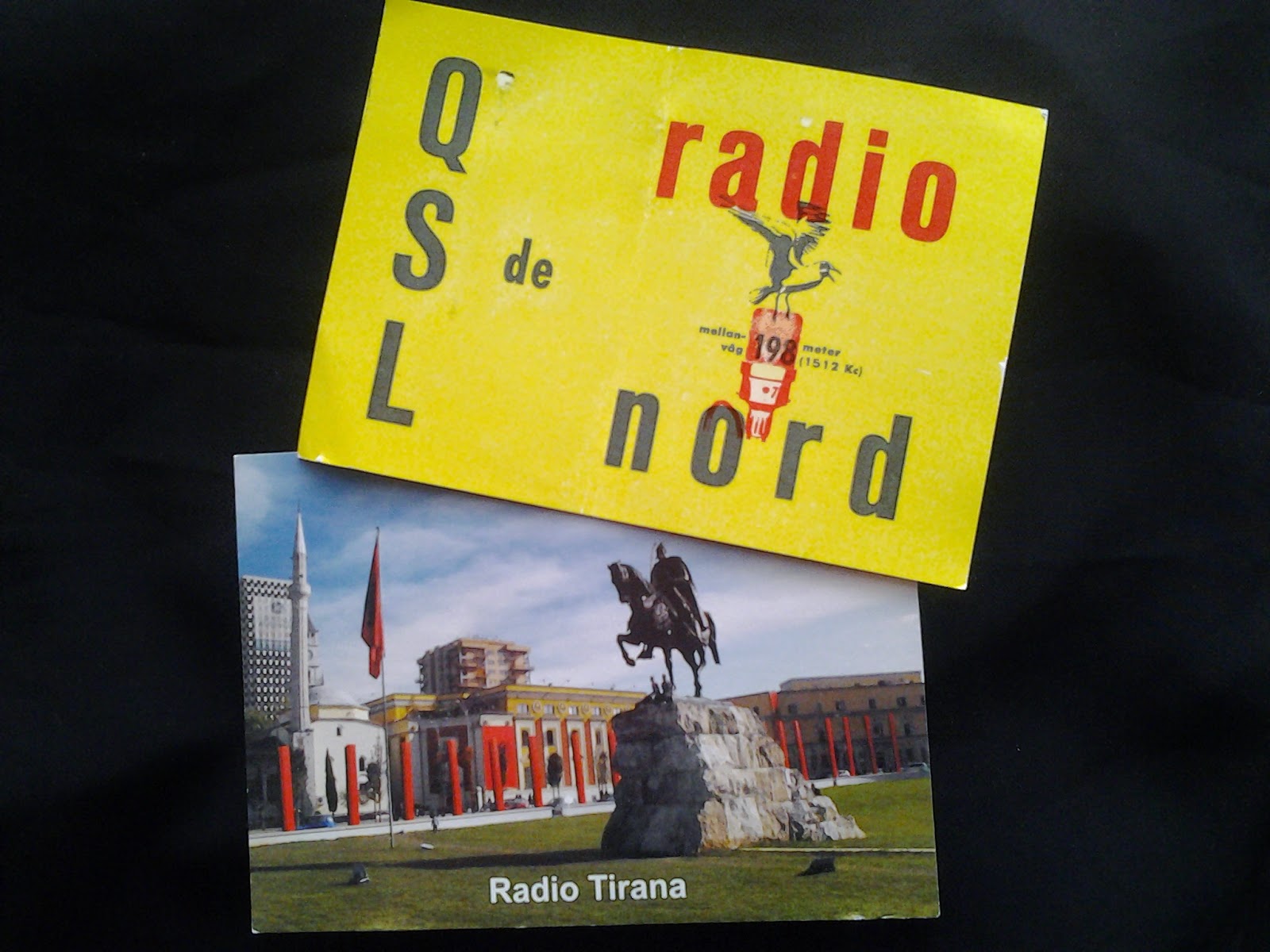 Excellent propagation, good frequency choice and appropriate timing made it all possible in the later half of 2014. Radio Tirana, while received occasionally and under poor conditions in this part of the world can be an even more pricklier station to obtain a response from, let alone a verification card. Radio Nord, transmitting with a mere 10 kW of power (low by today's standards), offered a one-off, ad hoc broadcast on the 31 metre band which I had the good fortune to catch in the wee morning hours. So, I was pretty darn lucky to say the least.

The respective European and Malaysian postal services did not fail either. Both QSLs were sent as postcards and reached my letterbox intact without a tear, fold or scratch. I gotta say I was bustin' buttons, pinging bells and blowing whistles when they arrived, today!!!

Thank you so very much, Radio Nord Revival and Radio Tirana!