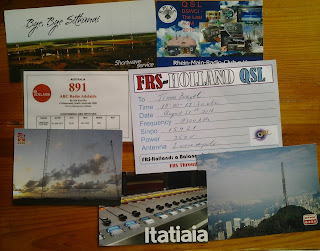 As 2017 winds down it's time to take stock of what transpired this past year, on and off the airwaves, here in South East Asia.  In what has become all to common in the last decade, long-established and familiar radio stations and radio-related organisations ceased to operate, among these being Radio Tirana, Radio Australia (Shepparton) and ABC Northern Territory. And, there are rumours that Radio Veritas Asia will eventually cease operation on short-wave. On the bright side, broadcast providers like  Media Broadcast GmbH, Shortwave Service and WRMI continue to expand their programming, allowing broadcasters like Radio Mi Amigio, Radio Menschen & Geschichten and Italian Broadcasting Corporation to broaden their reach and audience. Similarly, QSLs previously impossible to acquire were finally confirmed. 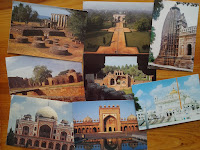 As mentioned above, many stations formerly heard only in Europe or the Americas expanded their broadcast coverage. Transmissions were relayed from Yerevan (Armenia), Trincomalee (Sri Lanka) and Okeechobee (USA). These included  Radio Mi Amigo and The Voice of the World Report. 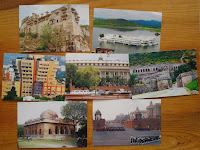 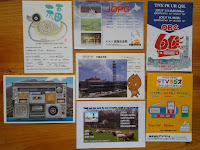 In other news, while China Radio International, China National Radio and PBS outlets in China literally dominate the short-wave bands, CRI will issue both eQSL and paper QSLs, even occasionally for PBS and CNR outlets. 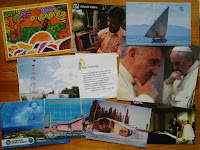 This year short-wave propagation and bands in South East Asia were nearly absent of stations, save for Chinese, North Korean and religious broadcasters (AWR and Overcomer, especially). At times I feel it is almost pointless to continue listening to short-wave bands. This is why a better a part of my DXing this year was spent logging medium-wave stations.

But this band, in South East Asia, continues to be quite a challenge, what with the many Thai, Indonesian and Chinese stations that fill the airwaves and broadcast in their respective languages/dialects. To listen to stations outside these 'Big Three', broadcast times (often in the wee hours of the morning) and propagation almost ALWAYS dictate reception. And even then, when a station is received, it can be difficult to get a confirmation. 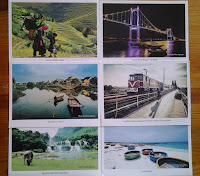 All in all, in spite of the ups and downs this year, it appears radio will remain a viable medium in the coming year. And this, in part, thanks to radio enthusiasts taking charge to preserve it. Let us hope they prevail. Long live radio! Happy DXing and 73.