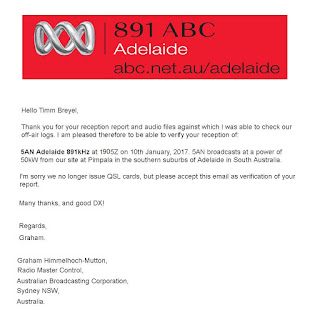 HERE and HERE is how ABC Adelaide sounded in Malaysia.

Reception report was emailed to multiple contacts on the following day, and eQSL arrived some hours later. Thank you veri-signer, Graham Himmelhoch-Mutton! A follow-up QSL card with letter, stickers and fridge magnet arrived in the mail on 16 February 2017. Thank you ABC Adelaide!!! 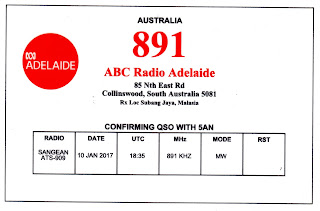