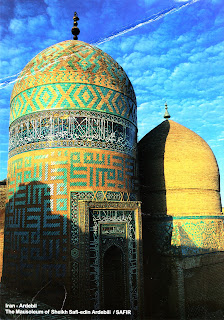 Radio Payam - IRIB, transmitting from their 300 kW site in Tehran (Iran), was logged on 18 March 2016, from 19.00 till 19.35 UTC. A selection of mostly Iranian music, moderated by a male announcer speaking Farsi, was observed. Reception on the medium-wave frequency of 1188 kHz was (SINPO) 25321 - poor to weak signal, faint audio when not fading under atmospheric noise. Receiver used was a Sangean ATS-909 with MW loop antenna. 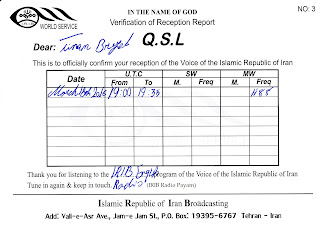