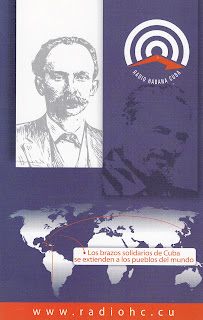 Radio Habana Cuba was logged on 19 April 2015. Frequent station IDs, Spanish guitar music and commentary about Cuba and North American relationship was noted. Surprisingly, it was a Spanish language broadcast on the 16 meter band monitored from 21.10 till 21.40 UTC. While reception is usually received best on the 21 and 19 metre band, here in South East Asia, this marked the first time RHC was heard on 16 metres. Reception on 17.730 kHz was (SINPO) at 21.10 UTC was (SINPO) 35443 - fair signal strength, clear audio with fluttering fade; transmission weakened after 21.30 UTC to 25332. 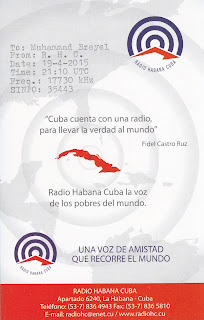