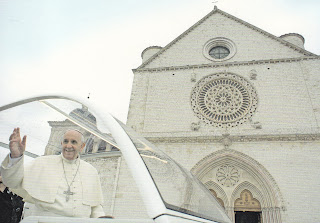 Vatican Radio, transmitting from Talata Volonondry, Madagascar, was logged on 2 June 2015. An English language news magazine, highlighting current event reports in East Africa, was monitored from 17.40 till 17.58 UTC (broadcast time 17.30 till 17.58 UTC). Reception on the short-wave frequency of 11.625 kHz was (SINPO) 35433 -- fair signal, audible and discernible speech,  despite significant atmospheric noise and fading.

Reception report was emailed to Vatican Radio on 3 June 2015. Later in the afternoon I received an email from Vatican Radio, saying: "Thank you for the report. I have sent you the requested QSL card confirming the listening." QSL card and stickers arrived in the mail on 22 June 2015. 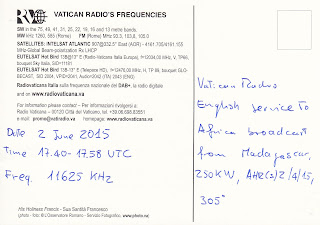